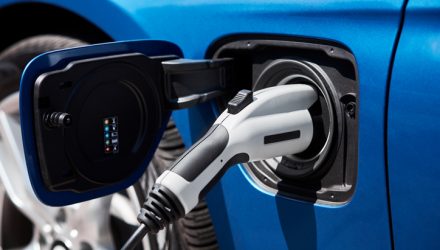 Bold Call on Tesla Could Bring Big Things For These ETFs

The seemingly undaunted rise of Tesla (NASDAQ: TSLA) is continuing, lifting a select group of ETFs in the process. It’s an exclusive club because just a handful of ETFs has double-digit Tesla allocations.

Led by Catherine Wood, ARK Investment Management was an early embracer of Tesla and one of its most vocal supporters on Wall Street. Even during some rough periods for the stock, Wood and ARK were undaunted in their bull thesis on Tesla.

In a Tuesday interview with CNBC, Wood revealed a new price forecast for Tesla, one that’s more than 11 times where the stock currently resides and said she doesn’t expect Tesla will cede many shares of the electric vehicle market as it grows.

“Ark Investment Management founder Catherine Wood said Tuesday that she believes Tesla could be worth more than $6,000 per share in the next five years,” reports CNBC. “Underlying this bullish view is the assumption that Tesla won’t lose its considerable share of the electric-vehicle market, Wood told CNBC.”

With ARKQ’s current configuration, the fund tilts toward autonomous vehicles and robotics and automation opportunities. ARKQ along with the aforementioned ARKK and ARKW confirms many investors’ views that Tesla is more a technology company than an automotive firm. But for those that insist it is a car company, it’s now the biggest; bigger than Ford and GM combined.

“In Wood’s view, Tesla is positioned to be the dominant player in that emerging technology space because its fleet of existing vehicles — almost 700,000 of them, she said — are already collecting data,” reports CNBC. “She said Tesla developing and deploying a fleet of autonomous taxis could yield software as a service type margins around 80%, which she argues could support a stock price around $6,000.”

Wood isn’t alone in her bullish view on Tesla as multiple sell-side analysts have boosted price targets over the past week, aiding in the stock’s nearly 14.70% gain as of Jan. 14. Year-to-date, Tesla has already done a year’s worth of work some stocks, gaining almost 28.60%.