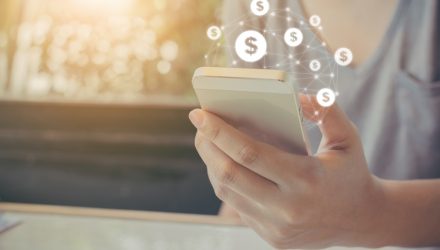 Block Is Fintech Royalty, Though Not Cheap

Like other disruptive growth equities, fintech giant Block (NYSE:SQ) is slumping this year, but the company is still considered fintech royalty despite frothy multiples.

Investors considering Block by virtue of its sagging share price may want to evaluate the ARK Fintech Innovation ETF (ARKF) rather than direct ownership of the stock for the time being.

With an 11.08% weight to the company formerly known as Square, the actively managed ARKF is perhaps the best exchange traded fund proxy on the fintech stock. Using an ETF to access shares of Block could make sense for valuation-conscious investors.

“Analysts see more than 66% upside for the payments company, while shares in its bigger rival, PayPal Holdings Inc., have a return potential of 35%, according to Bloomberg data. At the same time, Block shares are by no means cheap, trading at 76 times estimated earnings and dwarfing PayPal’s valuation at 22 times,” reports Subrat Patnaik for Bloomberg.

Due to its rich valuation, Block needs to prove to analysts and investors that Cash App — one of the dominant digital wallet offerings — is still growing and that the company can efficiently integrate buy-now-pay-later firm Afterpay, for which it paid $29 billion. That’s by far Block’s biggest acquisition to date.

“So far, investors seem willing to pay out for Block’s growth potential. The company led by former Twitter Inc. Chief Executive Officer Jack Dorsey has expanded meaningfully from a simple point-of-sale firm into digital payments and crytocurrencies with Cash App, and into the buy-now, pay-later space with the Afterpay deal, which closed in January,” according to Bloomberg.

As some analysts note, Block is more diversified than rival PayPal (NASDAQ:PYPL) so while the latter is the bigger company, investors often prefer the former. PayPal has previously been an ARKF component, but it’s not part of the ETF’s roster today.

“When compared to other fintech names with similar levels of gross profit growth, the stock appears much more affordable,” the analyst told the news agency.

Given Block’s footprint in the cryptocurrency ecosystem, rebounding bitcoin prices would likely help the stock, too. That would also help ARKF, which allocates over 20% of its total weight to Block and crypto exchange operator Coinbase.