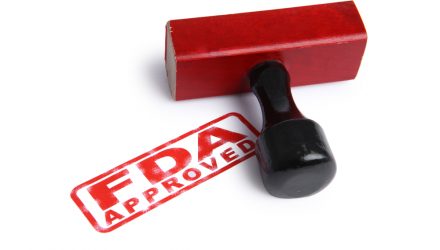 While the approval represents one of the first landmarks in the quest to improve outcomes for Alzheimer’s patients, the news wasn’t without controversy. In the wake of the FDA’s decision, three of the nine advisors on the Peripheral and Central Nervous System Drugs Advisory Committee resigned.

Controversy aside, the Aducanumab decision could be a sign the FDA is becoming more open to approving therapies for conditions and diseases for which there’s currently limited or no options on the market. If that proves to be the case over the long-term, it could be beneficial for exchange traded funds, such as the ARK Genomic Revolution Multi-Sector Fund (CBOE: ARKG).

Holdings in the actively managed ARKG operate in potentially rich areas of the healthcare market, including CRISPR, targeted therapeutics, stem cells, molecular diagnostics, and more. Those are compelling niches and exposure to those segments have helped make ARKG one of the best-performing healthcare ETFs – active or passive – over the past several years. However, regulatory progress in those industries can be slow. 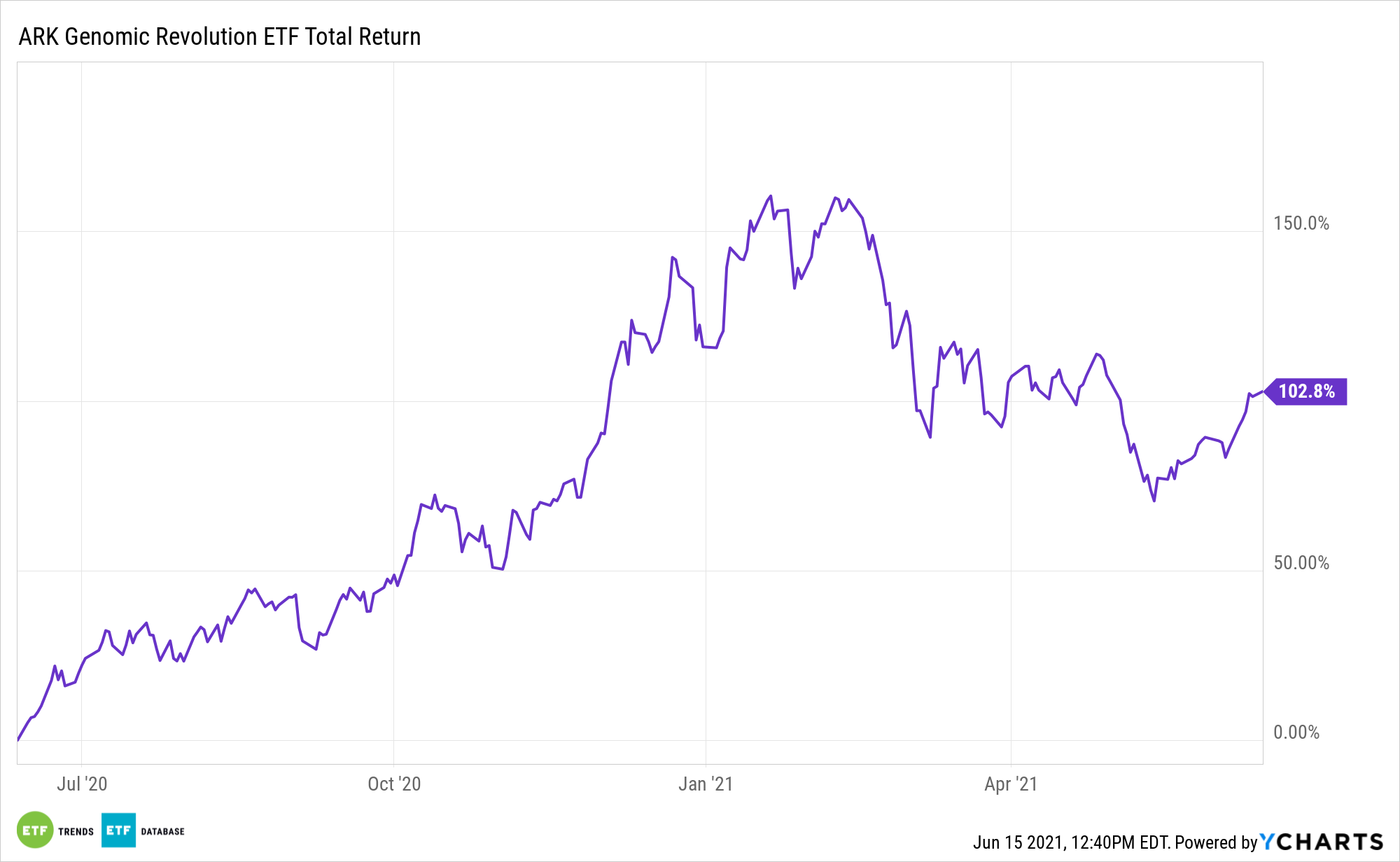 “Doctors will be able to prescribe Aducanumab for any Alzheimer’s patients whether they suffer from mild or severe forms of the disease,” writes ARK Invest analyst Ali Urman. “This broad label was a surprise because the clinical trial included only patients suffering from a mild form of Alzheimer’s.”

Biogen isn’t a member of the ARKG roster, but the Aducanumab news is relevant to investors considering the fund because it shows a willingness on the FDA’s part to open new therapies to a broad group of patients, not just those suffering a specific stage of a disease.

Additionally, many ARKG components are working on or could become involved with Alzheimer’s therapies. Swiss pharmaceuticals giant Novartis (NVS) has multiple Alzheimer’s drugs in its pipeline, and while Regeneron recently had a failure on this front, neurodegenerative diseases remain one of the company’s research and development programs. Those two stocks combine for almost 8% of ARKG’s roster, according to ARK data.

“If the FDA seems to be approving therapeutic agents targeted at diseases with high unmet needs before confirmatory trials end, we believe the value of other such therapies showing little clinical efficacy could be much higher than most investors expect,” adds Urman.