You are at:Home»Disruptive Technology Channel»‘ARKK’ Is Still the Prime Avenue to Disruptive Investing 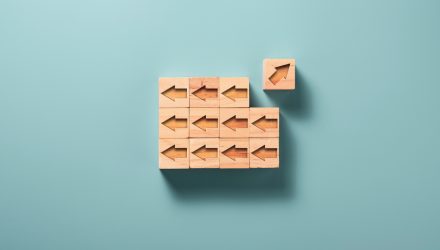 ‘ARKK’ Is Still the Prime Avenue to Disruptive Investing

It’s not just standard growth stocks that are being hindered by the growth-to-value rotation this year. Disruptive growth counterparts are being, well, disrupted by investors’ sudden value embrace.

Remembering that factor leadership is fluid and that many emerging technologies are just scratching the surface of their long-term growth potential, so investors shouldn’t be frustrated by this year’s sluggishness in the ARK Innovation ETF (NYSEArca: ARKK). While strength in value isn’t conducive to ARKK success, the fund paints a compelling picture of how alluring disruptive growth investing can be.

ARKK “is probably the highest-profile example of investing in disruptive technology,” said Morningstar David Sekera. “Even after sliding since its February highs, the stock remains almost double where it traded a year ago and triple from two years ago.”

Diversification has helped ARKK ascend to its podium today. While many thematic funds isolate a single concept or market segment, ARKK delves into multiple disruptive industries, including automation, fintech, genomics, and next-generation internet.

A New Type of Disruption?

Although it’s been more than two decades since the tech bubble burst, memories of 2000 tend to resurface when it comes to a decline in growth stocks. However, innovative growth investing is evolving, and that’s to investors’ benefit.

“Today, instead of being limited to a narrow scope on the Internet, companies focused on disruptive technologies are spread throughout the entire economy and are targeting new ways to revolutionize numerous industries and sectors,” said Sekera. “While many of these companies are still within their early-stage development and product monetization, they generally have a greater focus on achieving near-term profitability than the dot-com stocks did.”

Obviously, solid stock selection is integral to any actively managed fund and it’s something that’s made ARKK a winner in this category. The ETF usually holding just 35 to 55 stocks. It holds 52 today.

While ARKK has long been hailed for its early adoption of Tesla (NASDAQ: TSLA) and later, the likes of Roku (NASDAQ: ROKU) and Square (NYSE: SQ), it possesses other constituents that could generate significant long-term upside.

“Teladoc Health (TDOC) is a virtual health provider that serves patients across all communication mediums; Palantir (PLTR) allows clients to manage and analyze large, disparate data sets; and in support of the work-from-home environment, DocuSign (DOCU) enables users to automate and provide legally binding contracts from any device,” concludes Sekera.