You are at:Home»Disruptive Technology Channel»ARKK Draws in Capital After Weeks of Outflows 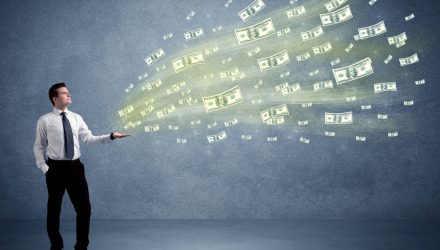 ARKK Draws in Capital After Weeks of Outflows

The ARK Innovation ETF (NYSEArca: ARKK) brought in $450 million in inflows over the past week, making it among the top 10 ETFs in terms of gaining investor capital. These inflows follow three weeks of outflows for ARK Invest’s flagship fund.

Bloomberg Intelligence senior ETF analyst Eric Balchunas tweeted on Wednesday that ARKK “is a trading tool” for some investors and a permanent hold for others.

“It’s like a hotel. People come in and out,” Balchunas told ETF Trends, explaining that while a lot of investors use ARKK for short-term trades, the fund also has “a lot of sticky money” from investors who believe in ARK Invest’s founder and CEO Cathie Wood “and are fine with volatility.”

The analyst noted that even though ARKK is actively managed, Wood has “kind of created a beta” with the fund.

The influx of investor money also comes off the heels of Wood, the fund’s chief stock picker, being one of the more prominent speakers at Exchange: An ETF Experience last week, which could have helped give ARKK more attention and bring in new investors.

In an interview with CNBC senior markets correspondent Bob Pisani at Exchange, Wood said that despite ARKK being down 45% year-over-year, her conviction in the strategy has only increased.

“Our expectation has tripled over the last year for where AI-related market cap will be in 2030,” she said before adding: “our estimates actually have gone up, and the prices have gone down. At the same time, in the private markets, we’re seeing innovation treated very differently.”

“Overall, this fund and this investor keeps defying the critics,” Balchunas said. “They expected this fund to have nothing at this point. But this fund is going to be around for a long time.”

ARKK is an actively managed ETF that invests at least 65% of its assets in companies relevant to the investment theme of disruptive innovation. ARK defines “disruptive innovation” as the act of introducing a technologically enabled new product or service that potentially changes how the world works. This includes companies that rely on or benefit from the development of technological improvements and advancements in scientific research relating to the areas of DNA technologies and the “genomic revolution”; automation, robotics, and energy storage; artificial intelligence and the “next generation internet”; and fintech innovation.