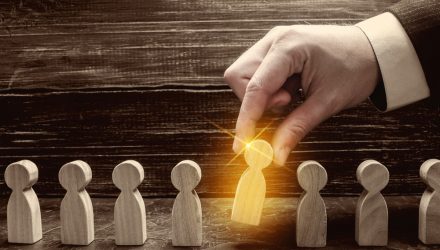 The disruptive innovation-focused investment advisor announced on Wednesday that current director of research Brett Winton is to be promoted to the newly created role of chief futurist, effective immediately, and four senior research analysts will be promoted to director roles. The firm will also hire five research associates, according to a statement from ARK.

“According to our research, emerging innovation platforms will transform our lives and the global economy radically, potentially scaling their equity market capitalizations from $7-8 trillion today to more than $200 trillion in 2030,” Cathie Wood, ARK’s founder, CEO, and CIO, said in a statement. “This reorganization will help us scale the team and develop deeper expertise in various research domains while surfacing convergences between and among technologies that are creating S-curves feeding S-curves. We believe this reorganization will strengthen the lines of communication between our research and portfolio management teams as ARK scales. To that goal, we will be investing in talent, adding five new Research Associates who will report to our newly appointed Directors.”

“As a leading manager of actively managed ETFs that showcases its personnel, it is great to see ARK expand its team and promote a next wave of leadership,” Todd Rosenbluth, head of research at VettaFi, said.

Winton will continue in his role on the ARK venture investment committee in addition to developing his new role. As chief futurist, Winton will focus on the convergence between and among the five innovation platforms and 14 underlying technologies around which ARK has centered its research and investments, according to a statement from the firm.

“Forecasting, dimensioning, and anticipating the impact of disruptive innovation will be essential for investors seeking superior investment returns over the long-term,” Winton said in a statement. “As they catalyze and reinforce each other, we believe that, collectively, artificial intelligence, robotics, energy storage, genomic sequencing, and blockchain technology will rise from less than 10% of the global public equity market capitalization to more than 60% by 2030, representing the largest period of value-creation in history. As Chief Futurist, I will drive ARK’s long-term forecasts across convergent technologies, economies, and asset classes. ARK will dimension the impact of this unprecedented technological boom as it transforms public equities, private equities, cryptoassets, fixed income, and the global economy.”

Tasha Keeney, CFA, has been promoted to director of investment analysis and institutional strategies, while Sam Korus, Simon Barnett, and Frank Downing have been promoted to directors of research. On the ARK team since its founding in 2014, Keeney will oversee financial modeling across the research teams and manage the strategic opportunities associated with ARK’s institutional efforts, the next phase of growth for the firm. Korus, who has been with ARK since 2015, will guide the autonomous technology and robotics team. Barnett, who has been with ARK since 2018, will guide the life sciences team. Having made significant contributions to ARK’s research since joining in 2021, Downing will guide the next generation internet team. The directors of research will report to Wood.

In tandem with these promotions, ARK will hire five research associates, two focused on autonomous technology and robotics, and three focused on digital health, next generation internet, and venture capital, respectively. These roles will support ARK analysts in identifying innovative technologies, sizing new markets, modeling growth rates and unit economics, and assessing the competitive landscape, according to a statement from the firm.

Outside of the research department, Dan White, CFA, will be promoted from client portfolio specialist to associate portfolio manager (APM), working alongside Nicholas Grous. In this role, White and Grous will assist Wood in managing investment strategies in non-discretionary positions that, over time, could lead to discretionary control, according to a statement from the firm.