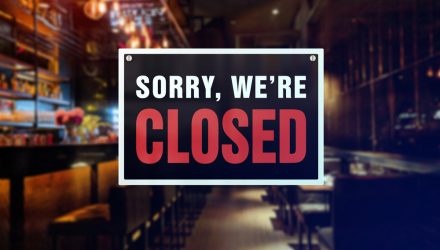 The passive ARK Transparency ETF (CTRU) will close next Tuesday after seven months on the market.

ARK Invest was notified in July that Transparency Global will stop calculating CTRU’s underlying index, The Transparency Index™ (TRANSPCY), effective July 31, according to a statement from ARK. While ARK investigated alternative index providers, the firm said it did not find a suitable solution and decided to close the fund effective July 26, or as soon as practical thereafter.

“ARK has become one of the most well-known providers of actively managed ETFs with a loyal investor base that believes in their approach to disruptive investing,” Todd Rosenbluth, head of research at VettaFi, said. “Gaining traction in the more crowded index market is a different challenge, and it is great to see them focus on what their end clients are most interested in.”

ARK, which is well known for its focus on thematic investing in disruptive innovation, has eight other offerings in its ETF lineup. Investors are well familiar with the flagship $9.1 billion ARK Innovation ETF (ARKK), but there are seven other specialty funds offered by the firm that complement the exposure provided by ARKK.

All of ARK’s ETFs are in the green over both one-week and one-month periods after a volatile start to the year which has hit the growthiest segments of the market the hardest. ARKG has notably returned 26.36% over a one-month period, according to VettaFi, as biotech stocks rebound and recoup some of the year’s earlier losses.

ARKK, ARKF, and ARKW have also seen double-digit returns over a one-month period, according to VettaFi.