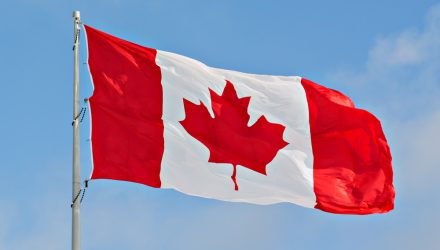 ARK Partners With BMO to Bring ARK Funds to Canada

The move is the latest in a series of expansionary plays by Cathie Wood and ARK, with the firm having expanded outside ETFs into the private market space with the ARK Venture fund. The expansion into Canada further displays that even amid up and down performance, interest in ARK’s innovation-focused investment case continues via inflows.

ARK’s flagship American-domiciled ETF, the ARK Innovation ETF (ARKK), has taken in $1.7 billion over one year despite returns of -68% over one year, though it has matched recent five-day net inflows of $512 million with a one-month return of 9.2%. With markets having rallied some over the last several weeks, the disruptive innovation thesis may stand to benefit, with its new Canadian offerings an interesting test case.

“ARK Invest has become synonymous with the disruptive technology investment style which will have a long-term impact on global markets,” VettaFi head of research Todd Rosenbluth said. “Now when Canadian investors hear from ARK management at industry conferences, on TV, or in the financial press about what’s driving ARKK, ARKG, or ARKW they will be able to put money to work through a local listing with the same ticker as the prominent US ETFs,”

“Investors inside the U.S. and in other markets are building portfolios with a slice dedicated to thematic strategies that can offer enhanced reward potential albeit with elevated risks,” Rosenbluth added.

The partnership adds to BMO’s existing suite of over 100 strategies in Canada, with its ETF lineup one of the leading rosters in the country for more than 11 years. Each of the three ARK BMO funds will offer Canadian series A, F, I, Advisor Series, and ETF series units, with each of the three broadly reflecting their American counterparts in approach.