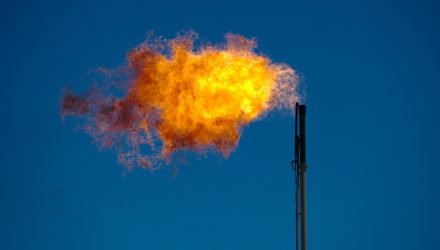 Bitcoin miners are usually viewed through the lens of being young, nimble, growth companies. Integrated oil companies, well, not so much.

Along those lines, it might be surprising to some investors to learn that Exxon Mobil (NYSE:XOM), one of the world’s largest integrated oil companies, revealed plans last week for a pilot program for bitcoin mining. Exxon is looking to use natural gas produced in North Dakota’s Bakken Shale that would otherwise be flared to run bitcoin mining in that state.

The oil giant is considering similar moves in in Alaska, Nigeria, Argentina, Guyana, and Germany. This is notable not just because Exxon isn’t the name that investors initially think of when they think of crypto mining, but also because the gas that Exxon will direct to this project would otherwise be flared and burn into the atmosphere. In other words, there is perhaps an air of environmental friendliness to this endeavor.

“According to anonymous sources, in January 2021 Exxon struck an agreement with Crusoe Energy Systems ‘to take gas from an oil well pad in the Bakken shale basin to power mobile generators used to run Bitcoin mining servers on site.’ This pilot program uses up to 18 million cubic feet of gas per month that otherwise would be flared or burned off into the atmosphere,” notes ARK Investment Management.

Should the pilot program prove successful, it could be compelling for bitcoin miners because one of their biggest input costs is energy, and natural gas is abundant and inexpensive in the U.S. even with a recent surge in pricing.

It’s also likely critical to the environmental, social, and governance (ESG) fortunes of big energy. Investors and policymakers want to see oil companies, such as Exxon, make more environmental strides. Reducing gas flaring is an ideal place to start because that product is harmful to the atmosphere.

“Although unconfirmed by both Exxon and Crusoe, we believe the program could become a crucial and economically beneficial strategy as major oil and gas producers attempt to meet the ESG standards that many investors are demanding. Natural gas is composed largely of methane, a substance up to 80 times more potent than carbon dioxide in causing global warming during its first 20 years in the atmosphere,” adds ARK.

Another potential benefit is that as bitcoin miners provide an avenue for natural gas that would otherwise be flared, the industry could also boost its adoption of clean technologies.

“Not only can Bitcoin mining capture natural gas that otherwise would be flared, but it also will encourage investment in intermittent energy systems like solar and wind, increasing the share of renewable energy provisioned to grids globally,” concludes ARK.