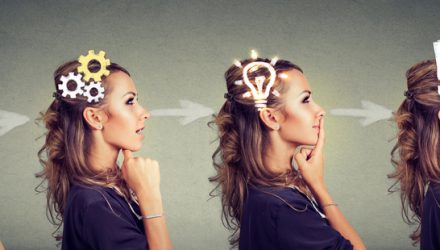 Disruptive growth stocks and the related exchange traded funds are out of style at the moment, but that condition won’t be permanent. In fact, recent declines in this corner of the equity market are presenting investors with a rare opportunity to get involved at some decent multiples.

That’s one argument in favor of a fund such as the ARK Innovation Fund (NYSEArca: ARKK). Another is the basic point that while many broad market benchmarks offer some level of diversification, those indexes usually lack exposure to disruptive growth names.

“In our view, broad-based indexes do not offer enough, if any, exposure to the massive amount of innovation that potentially could disrupt the traditional world order,” according to ARK Investment Management Research.

Traditional benchmarks, such as the S&P 500, are cap-weighted, meaning that the largest weights are assigned to the stocks with the biggest market caps. As has been widely noted, technology was one of the best-performing sectors for nearly a decade. As a result, the S&P 500 is not only heavy on mega-cap tech and communication services stocks, it’s increasingly correlated to tech-heavy benchmarks that are also cap-weighted.

Owing to the cap-weighted methodology, those indexes remain sparsely allocated to disruptive growth equities because many of those names were smaller companies when recent bull markets started.

That speaks to ARK not prioritizing index membership in its stock selection process. One potential benefit of that is the issuer’s ETFs could add stocks before the big indexes do, and when big indexes do that, other fund managers buy those names.

“ARK’s screen for stock selection is not a benchmark: it is our research. In our view, ARK’s research team has deep industry and domain expertise in the transformative technologies that it analyzes from both a top-down and bottom-up perspective,” concludes ARK.