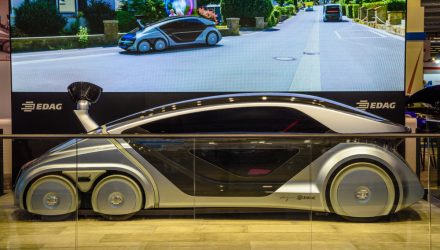 An ETF to Keep Up with Industrial Sector Innovation

Exchange traded fund investors should consider the industries and sectors most at risk of disruption to rethink their current exposure to those areas.

In the recent webcast, Bad Ideas: The Industries That Could Be Disrupted by Innovation, Matt Murphy, Vice President, National ETF Sales, Resolute Investment Managers, highlighted the the risks of under-allocating to innovation. Over the next 10 years, ARK Invest projects about 50% of S&P 500 companies will be replaced by new up-and-comers, such as Tesla, which will soon be entering the benchmark index.

Tasha Keeney, Analyst, ARK Invest, highlighted the automobile industry as one area that could see massive disruptions due to innovation in electric vehicles and robotics. ARK’s research shows that robotaxis could cost consumers just $0.25 per mile, or less than half the cost of driving a personal car, half the cost of a short flight, and at a cost close to many public transit modes.

Keeney highlighted the pains that other industries will have to suffer to accommodate robotaxis. For instance, ARK’s research expects robotaxis to be much safer than human-driven vehicles, which would reduce accident rates by over 80% and drive down insurance costs. Insurance providers could lose their most valuable customers first if young drivers become early adopters of the autonomous technology.

Ark believes traditional automakers and dealer networks will be in danger. Service, financing, and insurance account for 70% of auto dealerships’ gross profits. With lower maintenance expenses relative to gas automobiles, electric vehicles could cut away at dealer servicing businesses at the same time that default rates hit their financing businesses.

Keeney also argued that the oil industry will be at risk. While electric vehicles could make up 15% of the installed base by 2025, electric miles could make up 40% of total passenger auto miles traveled, which would diminish oil demand.

As a way to capture this potential opportunity, investors can turn to ETF strategies, such as the ARK Industrial Innovation ETF (NYSEArca: ARKQ). The ARK Industrial Innovation ETF captures the converging industrial and technology sectors, capitalizing from autonomous vehicles, robotics, 3D printing, energy storage, and space exploration technologies. The ETF can capture the long-term growth potential with low correlation of relative returns to traditional growth strategies and negative correlation to value strategies. ARKQ offers improved diversification due to its low overlap to traditional indices, complimenting a traditional value and growth portfolio.

Financial advisors who are interested in learning more about disruptive industries can watch the webcast here on demand.