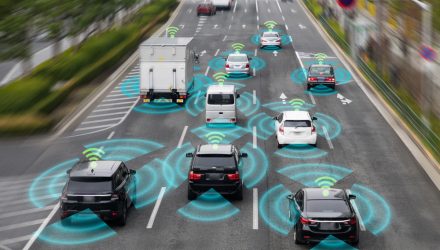 All HAIL Investment Gains with this Nifty Transportation ETF

Old school transportation exchange traded funds tend to be pretty lethargic. That speaks to the case for disruption in the transportation industry, a theme accessible with the SPDR S&P Kensho Smart Mobility ETF (HAIL).

HAIL includes companies whose products and services are engaged in smart transportation, which includes the areas of autonomous and connected vehicle technology, drones and drone technologies used for commercial and civilian applications, and advanced transportation tracking and transport optimization systems.

“For clean transportation advocates, Wednesday, Jan. 6 started out on a high note. Before the invasion of the U.S. Capitol by a mob of Trump supporters ushered out the Trump administration in a new spasm of chaos, the results of the Jan. 5 Georgia Senate runoffs reshaped President-elect Joe Biden’s chances for transformative policymaking across many fronts, including the nation’s roads, bridges and transit systems,” reports Laura Bliss for Bloomberg.

Is Transportation Moving the Economy Forward?

The transportation group is a key metric for analysts to watch in terms of assessing the health of the broad market. 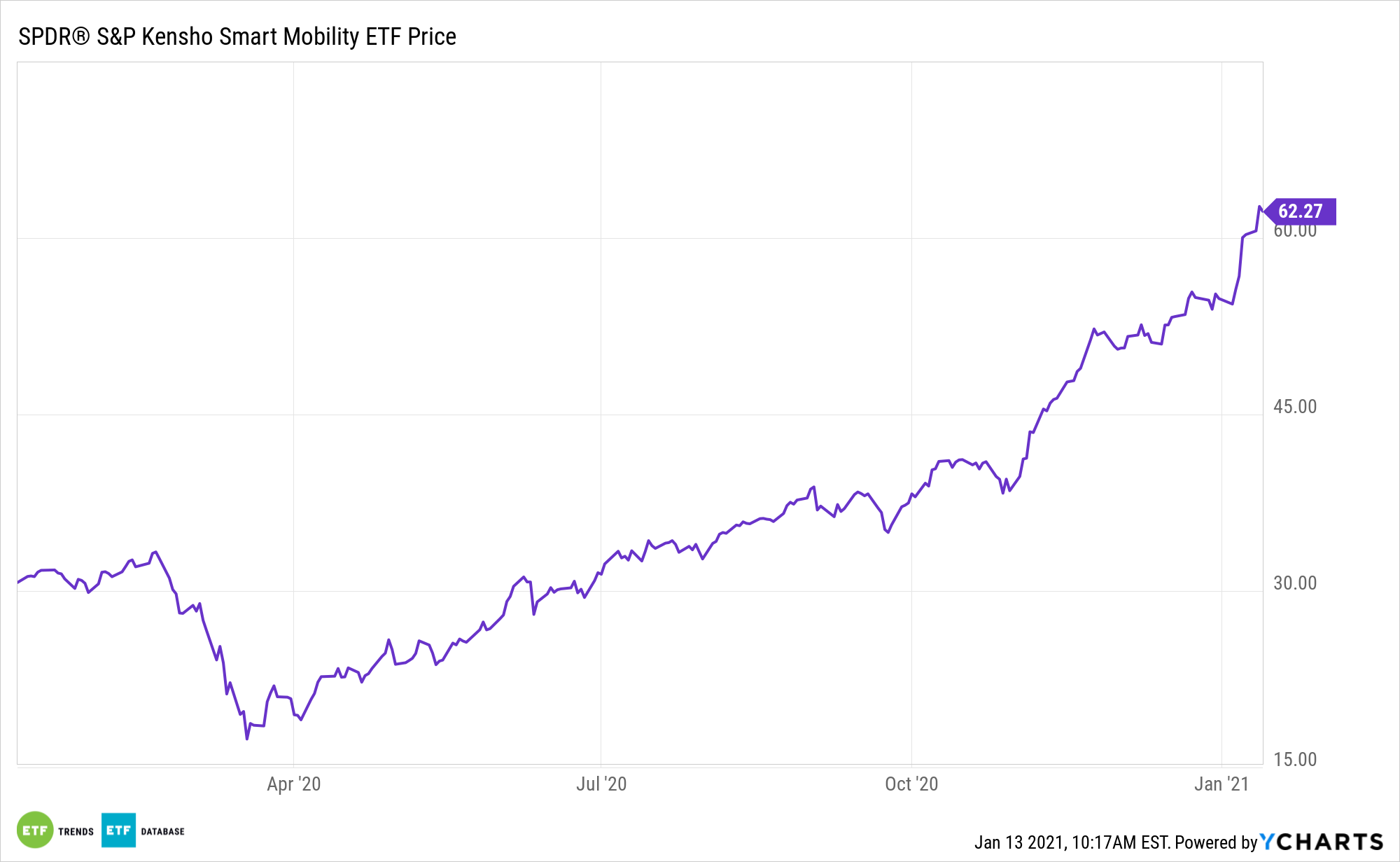 As a futuristic transportation play, HAIL could enjoy significant political tailwinds this year.

“Doubling as an economic stimulus and climate action agenda, Biden’s $2 trillion clean energy and infrastructure campaign proposal was an early sign of his desire to change the way the nation moves. The incoming president pledged to create 500,000 electric vehicle charging stations nationwide, zero-emissions public transit for every city of more than 100,000 residents and the “second great railroad revolution,” adds Bloomberg.

HAIL more than doubled over the past year.