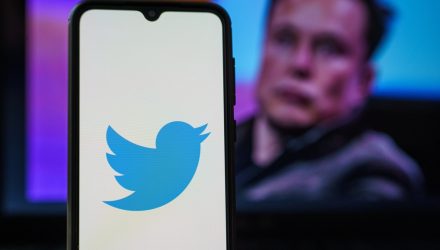 The story between Twitter Inc. (TWTR) and Tesla CEO Elon Musk continues. After disclosing that he owns 9.2% of Twitter, making him the social media firm’s largest shareholder, and after reversing a decision to accept a seat at the board, Musk made an offer to buy the rest of the company for $54.20 per share in cash. This values the platform at more than $43 billion.

In a filing with the U.S. Securities and Exchange Commission, Musk wrote that he believed in Twitter’s “potential to be the platform for free speech around the globe.”

“However, since making my investment I now realize the company will neither thrive nor serve this societal imperative in its current form,” added Musk. “Twitter needs to be transformed as a private company.”

Musk called the bid his “best and final offer,” adding that if his proposal isn’t accepted, he “would need to reconsider my position as a shareholder.”

“Twitter has extraordinary potential,” wrote Musk in the filing. “I will unlock it.”

Twitter confirmed on Thursday that it received Musk’s “unsolicited, non-binding proposal,” and that its board “will carefully review the proposal to determine the course of action that it believes is in the best interest of the company and all Twitter stockholders.”

Earlier this week, Nick Grous, an analyst at ARK Investment Management speculated in the investment firm’s weekly “ARK Disrupt” newsletter on whether Musk would “shake up Twitter’s approach to censorship,” and if so, how he’d go about doing that.

“We wonder how next steps will impact Twitter’s advertising revenue. Advertisers do not like the uncertainty associated with ad placements, which is the primary reason that platforms say they censor hate speech, harassment, and other offensive content,” wrote Grous. “Given the relationship between ‘sanitized’ content and advertising dollars, we wonder how Musk’s vision for Twitter will impact its current business model?”

Musk’s company Tesla is currently the top holding in ARK’s flagship fund, the ARK Innovation ETF (NYSE Arca: ARKK). In an interview at Exchange: An ETF Experience on Tuesday with Bob Pisani, senior markets correspondent for CNBC, ARK Invest CEO Cathie Wood was asked why Musk would take a stake in Twitter. She said: “Do you know how much Tesla spends on advertising? Zero. That’s one of the reasons for Elon. All publicity is good publicity. And it’s worked.”

Wood compared Musk’s stake in Twitter to ARK’s mission. “I think he wants to get rid of the censorship,” Wood said. “He put Starlink into Ukraine to prevent censorship, and we can all see the pressure that has been put on Putin.”