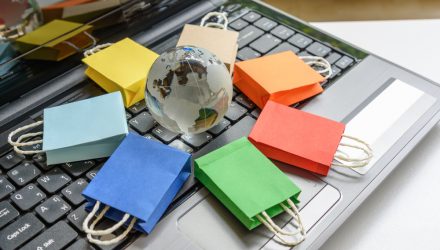 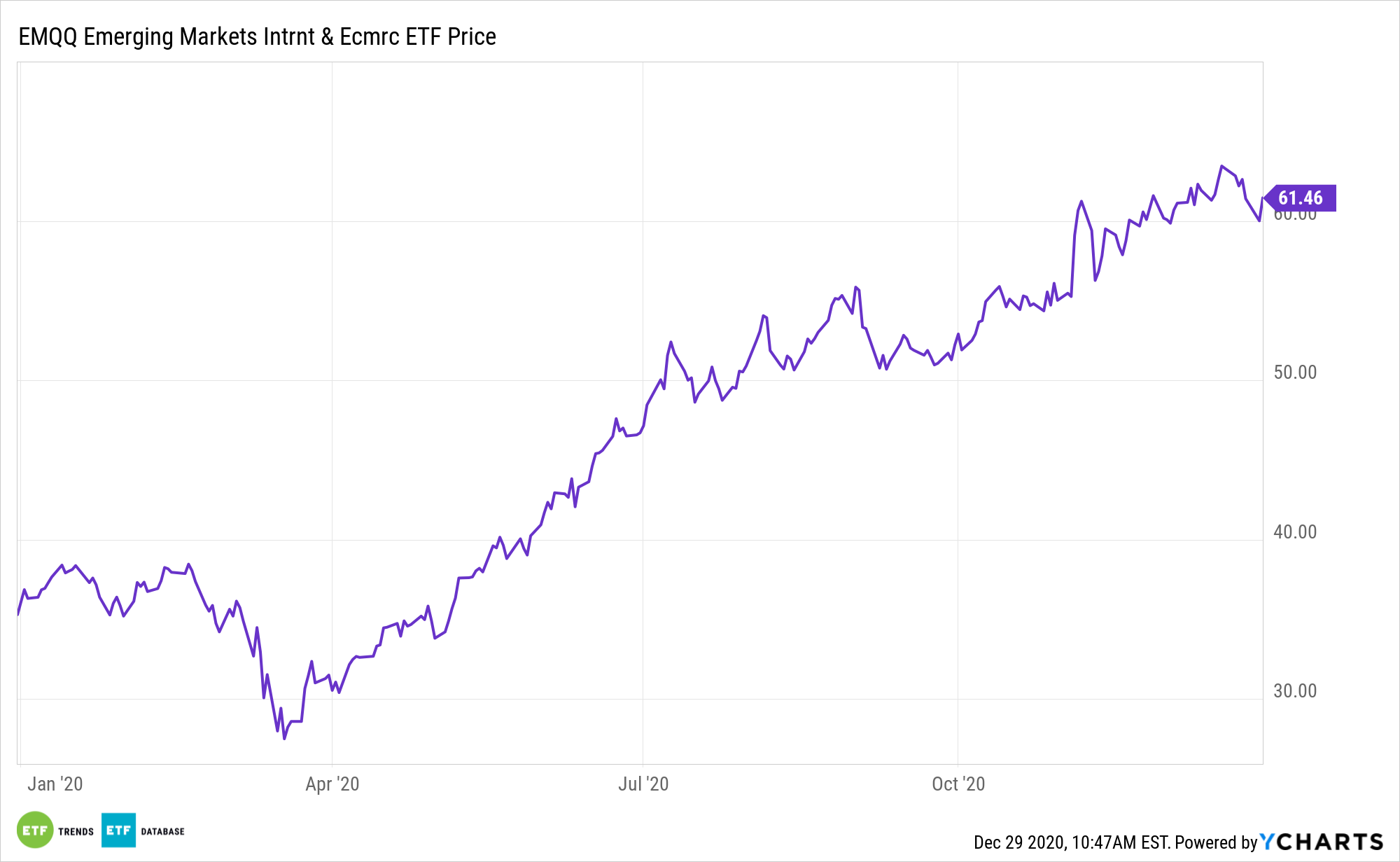 EMQQ includes access to EM companies related to online retailers or the quickly expanding e-commerce industry. To be included within the ETF’s underlying index, companies must derive the majority of their profits from E-commerce or Internet activities including search engines, online retail, social networking, online video, e-payments, online gaming, and online travel.

EMQQ “posted a total return of almost 74%, the most among U.S.-based passive instruments that invest in the developing world, according to data compiled by Bloomberg. Shares of the ETF have more than doubled from a low in March, reaching an all-time high of $63.45 earlier this month,” reports Sydney Maki for Bloomberg.

Ongoing trends like the growing reliance of smartphones in changing consumption patterns are pointing toward an increasingly digital age. The rise of e-commerce has also paralleled the increased adoption of smartphone usage and the declining costs of smartphone devices.

EMQQ certainly benefited from increasing adoption of online retail by way of COVID-19 this year, but that doesn’t mean the case for this ETF will expire next year. EMQQ can keep surging.

“While lockdowns helped accelerate the adoption of digital schooling, shopping, entertaining and communicating in emerging economies, there is still plenty of growth left. The coming years should bring an even deeper turn toward digitalization amid younger populations and rising innovation,” according to Bloomberg.

Looking ahead, middle-income consumers will likely take on a greater role in the emerging economies. According to McKinsey & Co. projections, there will be an expected 4.2 billion people among the consuming class by 2025, and the emerging markets will make up $30 trillion in consumption while developed markets will make up $34 trillion. In contrast, emerging market consumers accounted for $12 trillion in world consumption back in 2010. Carter also pointed out that the younger demographics will support online retail or e-commerce as Millennials and Gen Xers groups spend 50% more time shopping online than their older Baby Boomers and Seniors counterparts.

“Investors poured $611.20 million into EMQQ over the course of 2020 as emerging-market internet and e-commerce stocks led a recovery after the shock of Covid-19 hit markets,” adds Bloomberg.