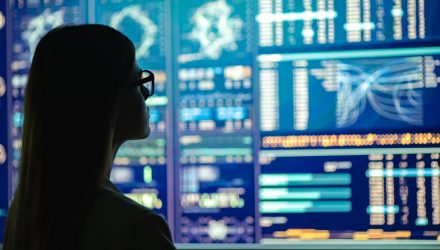 The ARK Innovation ETF (NYSEArca: ARKK) may be known for its large weight to Tesla (NASDAQ: TSLA) – currently almost 11% – but when it comes to concepts such as automation and industrial innovation, the fund is one of the best on the market.

What makes ARKK increasingly relevant in today’s investing landscape is that features a harmonious approach to accessing automation and innovation whereas some rival funds emphasize one, but not both of those concepts. Additionally, automation often gets a bum wrap because it’s seen as a jobs killer, but the opposite could prove true over time.

“Automation encompasses industrial robots, service robots, and automation systems. While many observers fear that automation will destroy jobs, ARK believes it will empower humans, increasing both productivity and wage growth,” according to ARK. “According to ARK’s research, automation will add $800 billion to US Gross Domestic Product (GDP) by 2024, and potentially $12 trillion by 2035.”

Small and medium-sized businesses are evolving and beginning to realize that their old method of organization, accounting and reporting are costing them more time and money than before. These businesses are adopting automation techniques to streamline their operations and reduce the number of costly errors they were exposing themselves to.

The potential economic benefits of automation are real.

At the sector level, beyond the obvious of technology, healthcare is fertile ground for automation and ARKK reflects as much, allocating 36% of its weight to that group, making it the fund’s largest sector exposure. Technology is second at 36.1% followed by communication services at 12.8%.