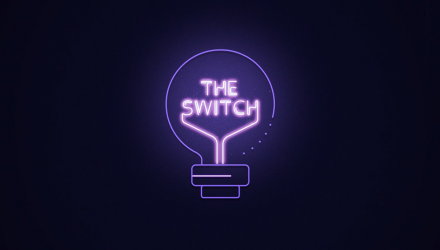 602: Innovation Has Moved Beyond Benchmarks | “The Switch” With ARK Invest

This season of “The Switch” focuses on the misconceptions surrounding investing in innovation and the performance of innovation over traditional benchmarks. In this episode, Thomas Hartmann-Boyce, CFA and client portfolio manager at ARK Invest, was joined by Tom Lydon, CEO of ETF Trends, and Cathie Wood, CEO and CIO of ARK Invest, to discuss how innovation no longer fits within benchmarks.

Wood discussed the history of innovation investment and how benchmarks were a sidenote primarily for funds focused on the growth of the internet and computers and the innovations happening at the time, all the way to the tech and telecom market bust when they gained increasing significance. Reliance on benchmarks became even more significant to investors and the industry after the financial crisis of 2008.

“We saw the risk aversion surface in the form of benchmark sensitivity, and the almighty benchmark became, I would say, the holy grail,” Wood said.

When it comes to innovation, benchmarks tend to be less applicable because of their backward-looking track to performance, whereas innovation is all future-looking. The increased allocation to benchmarks in the last decade or so has led to a high concentration within some of the top technology companies, which have performed strongly historically but which Wood sees as at risk of being disrupted by innovation looking forward.

Hartmann-Boyce explained that over the last two decades, the S&P 500 and the Nasdaq 100 have had increasing overlap, offering less diversification the closer to present times that one gets, as the major tech giants that comprise the FAANGs, plus the addition of Microsoft, have slowly taken over larger market share. Fully 50% of the Nasdaq-100 is comprised of the FAANG stocks, Microsoft, Nvidia, and Tesla, Wood explained.

The technological innovations that ARK believes will disrupt industries have the potential to grow from a $10 trillion public equity market cap today to one worth $210 trillion by 2030, offering a 46% compound annual rate of return over time if innovations happen in the way that ARK anticipates.

ARK creates the screens for its indexes by utilizing its own research, not from benchmarks, and therefore the funds are benchmark-agnostic. The overlap between the Nasdaq-100 and the ARK Innovation ETF (ARKK) is minimal, with only two actual securities (Tesla and Zoom) shared by both as of January 31 that make up roughly 4% of the Nasdaq. The overlap is even smaller with the S&P 500 over the same time period, with three companies that only make up 2.1% of the S&P 500.

Investing in innovation looks over longer time horizons in general and is something to remember as markets continue to be volatile and change.

“The stocks that have been hit very hard over the last year, down 50%, are in our portfolio, and I think they were down 50% because there was risk aversion building into the system as fears about inflation and interest rates picked up,” Wood said. “There was one slice of stocks that got hit, and that was the group of stocks not in indices, and those tend to be the biggest innovators.”

Wood explained that the potential use of ARKK would be to provide a hedge against the growth stocks already carried in most portfolios, as they both diversify and offer an investment into innovation opportunities that could potentially be poised to disrupt the major tech stocks. In difficult market environments such as today, ARK concentrates its funds on the highest-conviction names.

Within the next five years, Wood anticipates that there will continue to be scaling within much of the disruptive technology space, with breakthroughs happening more rapidly than even ARK had calculated and the themes becoming more all-encompassing, especially artificial intelligence.