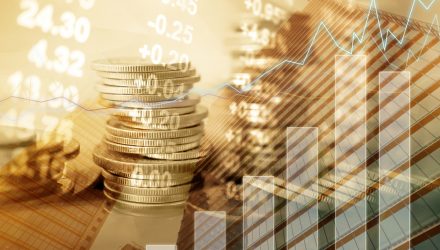 Gold exchange traded funds have rallied this year, and bullion prices may remain elevated as it becomes harder for miners to dig for more.

Gold is among the rarest minerals and most of the easy-to-access areas have mostly been mined out, the Wall Street Journal reports.

Consequently, it has become harder and more expensive for miners to extract gold. While the lofty $2,000 per ounce price of gold has helped sustain miners in the short-term, the long-term outlook will be filled with higher costs and drilling in less hospitable places.

Miners are also cutting down on new prospecting projects, opting to pay down debt and increase dividends in light of the recent gold bullion rally. Many are loath to repeat past costly overexpansion ventures as they have been burned before during the previous run-up in gold prices.

“We are definitely past peak gold,” Mark Bristow, chief executive of Barrick Gold Corp., the world’s second-largest gold miner by market capitalization, told the WSJ, estimating that new metal added to miners’ reserves since 2000 replaced only half of the gold they mined in that period.

According to Minex Consulting, miners are spending less on finding new gold veins, with the industry’s exploration budget at $4.44 billion in 2019, or 63% lower than its record high in 2012. The lower mining budgets also comes at a time when miners have to dig deeper and enter more remote areas in search of untapped deposits. Consequently, the average cost to find an ounce of gold has increased to $62 between 2009 and 2018 or more than double the cost for the previous decade.

Reflecting on the harder conditions in which miners are finding gold, the grade of gold being mind or amount for every ton of rock mined is worsening. The average mine grade has fallen from over 10 grams a ton in the early 1970s to 1.46 grams a ton in 2019, according to Metals Focus.

“What new fresh discoveries have been made? Not a lot,” Sean Boyd, the chief executive of Agnico Eagle Mines Ltd, told the WSJ. “If they have, they’ve been found in tough parts of the world.”