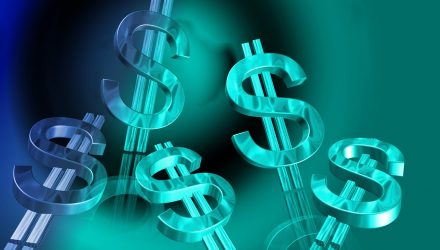 Despite the Volatility, ETFs Enjoyed Their Second-Biggest Year on Record

While global markets pulled back in a year of volatility, the global exchange traded fund industry still attracted billions in new inflows, marking its second-best year on record.

According to ETFGI data, investors around the world funneled $516.1 billion into ETFs last year, or down 21% on the $653.6 billion record set in 2017, the Financial Times reports.

The huge inflows reflect the growing popularity of the ETF investment vehicle, despite the rocky investment environment. Matthew Bartolini, an ETF strategist at State Street Global Advisors, remarked that 2018 had been a “rocky ride” for many investors as 45 stock markets registered declines.

“But the ETF industry continued growing in 2018 and taking share from active mutual funds that witnessed both negative returns and outflows,” Bartolini told the Financial Times.

For example, BlackRock, the world’s largest asset manager, attracted net ETF inflows of $168.4bn in 2018, but the flows were still down 32% on the previous year. Global ETPs collected $67.2bn in December alone, the second best month of the year, according to BlackRock data. Furthermore, trading volumes for BlackRock’s iShares ETFs in the US and Europe surged 42% to $7.3tn.

Related: ETFs Were a Reliable Investment Vehicle in a Volatile Year