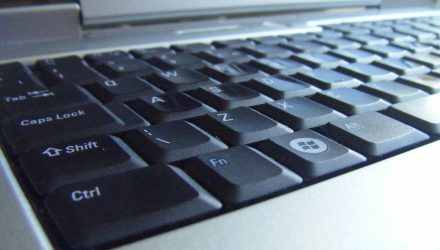 Technology stocks and sector-related tech ETFs were among the few areas bucking the broader market down trend Monday as Dell is set to become a pubic company again with a deal to acquire the track stock of its majority-owned VMware.

Dell Technologies is simplifying its portfolio and ended a months-long review of the company as it is set to acquire the tracking stock, VMware, Reuters reports. The world’s largest private technology company owns 80% of VMware and issued the tracking stock back in 2016 to fund its purchase of EMC corp, the previous biggest stakeholder of VMware.

Dell will exchange each share of DVMT for 1.3665 of its Class C common stock. It will then list its Class C shares on the New York Stock Exchange following the completion of the deal that will eliminate the tracking stock.

“We believe that this development is positive for VMW’s shares not only because it avoids the reverse merger scenario, but also because there is the possibility of VMW being taken out by Dell in the future as a ‘second step’ following this transaction,” FBN Securities analyst Shebly Seyrafi wrote in a note.