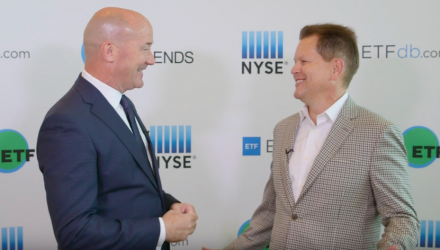 As the ETF industry begins to customize and tailor strategies to fit with a changing market environment, investors can look for ETFs with defined outcomes to better navigate shifting conditions.

“Seventy-five percent of assets today are pre-retirement or retirement, and if they’re getting very close and ready to retire and they want those assets to be safe, we see an opportunity within the ETF space that wasn’t there before to provide a buffer ETF. Really, what that is that you can buy the S&P 500 with downside buffer, so you’re protected,” Bruce Bond, Co-Founder & CEO of Innovator ETFs, said at Inside ETFs.

Webcast: How to Own the S&P 500 with Built-In Buffers

For example, the Innovator S&P 500 Defined Outcome ETFs seek to provide investors’ exposure to the S&P 500 Index, with downside buffer levels of 9%, 15%, or 30% over an Outcome Period of approximately one year. The ETFs reset annually and can be held indefinitely.

On April 1, Innovator is expected to expand its suite and list its April Series.