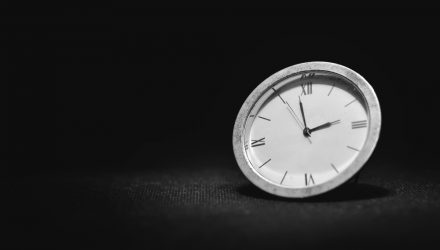 Defensive sector-related exchange traded funds are holding up much better in these uncertain times.

The healthcare, utilities, and consumer staples sectors have also posted gains so far in April, despite the retreat in the broader market, Reuters reports.

These defensive sector stocks have continued to attract investors in recent months, as many are concerned that the Federal Reserve will hobble the U.S. economy as it aggressively tightens monetary policy with large interest rate hikes to combat surging inflation that has hit four-decade highs.

While the economy continues to expand, many have warned that the Fed’s aggressive measures could overshoot the problems and trigger a recession. U.S. Treasury markets have already flashed early warning signs as the yield curve inverted, or short-term yields rose above long-term yields, which has occurred in the majority of past recessions.

The shift toward defensive stocks is not too surprising in these more troubled times. According to DataTrek Research, the healthcare, utilities, and consumer staples sectors have outperformed the benchmark S&P 500 by as much as 15 to 20 percentage points across periods of economic uncertainty in the past 20 years.

Expectations of a more hawkish Fed have “increased the risk that this economic cycle is shorter and accelerated our allocation shift toward these defensive equity sectors,” Lauren Goodwin, economist and portfolio strategist at New York Life Investments, told Reuters, adding that the firm’s multi-asset team has shifted portfolio allocations toward staples, healthcare, and utilities shares while paring back exposure to financials and industrials.