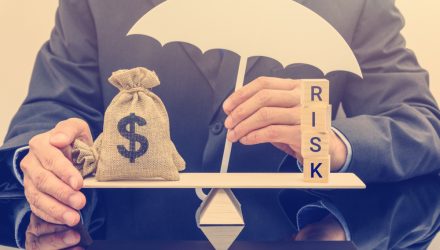 Defensive sector-related exchange traded funds have been a popular play among investors seeking a relatively safe area in which to sit out the global market turmoil.

According to Morningstar data, ETFs that track the consumer staples, healthcare, utilities, and real estate sectors, along with those that follow precious metals, Treasuries, and commodities, have attracted a combined $50 billion in net inflows so far this year through April, which has already outpaced the group’s $42 billion in total inflows for all of 2021 and is on pace to top the $75 billion over 2020, the Wall Street Journal reports.

“Investors want safety, they want security, and they want to go somewhere where they feel like their money is going to be a little more protected, even in a turbulent environment,” Ryan Jackson, manager research analyst of passive funds at Morningstar, told the WSJ.

Among the factors dragging on the markets, there has been persistent inflationary pressure, geopolitical uncertainty, and concerns over a potential recession in the face of rising interest rates to combat four-decade-high inflation levels.

ETFs that track the consumer staples and healthcare sectors have seen among the more popular plays of late. The consumer staples, healthcare, utilities, and real estate sectors have been go-to safety or defensive plays, since they are areas that consumers tend to pay for, regardless of how the economy is doing. For example, consumers will still need to pay their food, hospital bills, electricity, and rent before considering any discretionary purchases.

“These funds are constructed basically to offer smooth rides to investors. I think of them like house cats—they’ll pull an occasional rodent into the house and they’re going to do what you expect most of the time, but they’ll misbehave every once in a while because it is in their nature,” Jackson added.