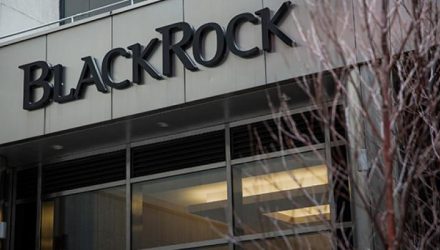 To: Larry Fink, CEO of BlackRock
From: Dave Nadig, An ETF Nerd

Sorry for the familiarity. You don’t really know me. We’ve met in a few greenrooms and at a few fundraisers, but I’m taking liberties because hey, some times, eh?  I know what every business associate’s living room looks like now, and we’re all in this together, right?

But to the point: you just got a huge mandate! Congratulations.  It’s obviously a big important job. It’s going to be complicated and fraught with speed-bumps, so I thought I’d get ahead of the curve and make a few unsolicited suggestions.  Again, this may seem overly familiar, but you are about to go invest a whole lot of taxpayer money, and I’m one of those chumps who pays all my taxes, so maybe take this as a “customer survey.” Here’s my thinking.

First, do us proud, ok? I’m actually glad y’all got this mandate.  It was a shock to absolutely nobody who lived through the global financial crisis — you guys featured prominently there too.  You’re going to take a lot of heat in the coming weeks, as your competitors circle the wagons and shout “unfair!” from their seats on the sidelines.  They’re not wrong.  But that doesn’t actually matter.  We can all argue about that later.  Right now, what matters is getting the job done, and while the company has changed in the last 30 years, I still see the DNA of my old Alma Matter, Wells Fargo Nikko Investment Advisors, under the hood.  Back then, when we got a Federal contract, CEO Fred Grauer would sit the MDs down and impress on us that we had a sacred trust.  Be like Fred.

Second, be broad. While I’m not the smartest bond guy in the world, I hope that you take this mandate not only seriously but broadly.  There will be a temptation to want to cherry-pick bond issues and indexes. Avoid it.  How about starting by putting a bid on a single lot of every single issue that underlies all of the major corporate indexes?  Get ’em all a print.  That will go a long way towards getting information out into the ecosystem, stabilizing models, and showing you mean business.  It will also solve the NAV discrepancies in ETFs and Mutual Funds overnight.

Third, do all of this transparently.  Set up a website where whomever you appoint as “Fed Czar” posts a daily update that includes all of your planned open market activities.  Publish the blotters. Part of what’s made the ETF and Indexing revolution so powerful is transparency.  Don’t stop now. We’re in desperate need of articulate, competent leadership in this world right now. Let us know that, at least as far as this narrow slice of this crisis is concerned, there are adults in the room.  But show us, don’t tell us.

Fourth, get some backup.  This is bold, scary new territory for the American people and the American economy.  Sure, Japan owns almost all the Japanese ETF market, but that wasn’t a functional market, to begin with.  Hong Kong managed to do this in 1998 and did OK.  But it’s very new for us.  Journalists, Politicians, and Analysts (hey, that’s me!) are going to watch every single ETF share you buy very carefully.  Everyone will assume you’re just going to enrich BlackRock.  So get ahead of this. Do you want to make a great, positive headline? Announce you’re appointing two advisory boards: one, full of bond market experts and household names, stacked with guys Jeff Gundlach from Doubleline, senior Portfolio Managers from PIMCO, Joe Davis from Vanguard, Reggie Browne from GTS.  Throw the Rolodex at it. The second group should just be ETF wonks – grab a representative from each of your large bond ETF competitors, and then round it out with independent ETF folks.  You could do worse than just spamming the ETFNerds.com panelists. Have your Czar meet with this group on a Zoom call for 30 minutes every morning for a week, then as needed.  You don’t have to give these folks authority; you just have to provide them with information.  They’ll help keep the messaging clear, and heck, you might even get some good advice.

Honestly Larry, I think that’s it.  Be Humble, Be Broad, Be Transparent, and don’t go it alone.  I’m not suggesting that any part of the new job is going to be easy.  But then, I count on you and your team to be able to do the hard things well.  Go crush it.