You are at:Home»Investing»DBA ETF: Food Inflation Is Rising At An Accelerating Pace 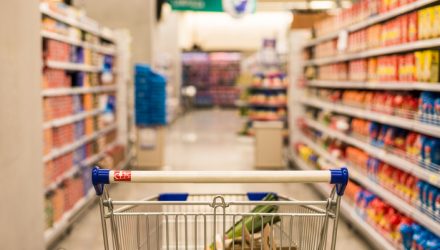 DBA ETF: Food Inflation Is Rising At An Accelerating Pace

Most investors focus primarily on demand-side inflation as seen by the popularity of “Fed Watching.” While this is valid, investors may be missing a major emerging trend in the global emerging economy: skyrocketing food inflation. Food inflation is perhaps one of the most important risk indicators in the economy.

Food inflation precipitated the Arab Spring, the French Revolution, countless anti-government riots in sub-Saharan Africa in 2007 and 2008, and various revolutions in the 1970s. Food has been extremely cheap by historical standards following the 2012 crisis, but water issues in India (too much rain for harvests but too little groundwater) and a mass-death of pigs (currently estimated to be 25%+ of the global total) may have begun to turn the tide.

As you can see, prices rose dramatically during the first decade and fell dramatically during the current decade. There is also a very direct connection between the real food price index and the energy price index. This is likely due to the fact that producing food requires energy-intensive capital and producing energy requires food-intensive labor (considering most global energy comes from developing areas where workers spend a large portion of their income on food).