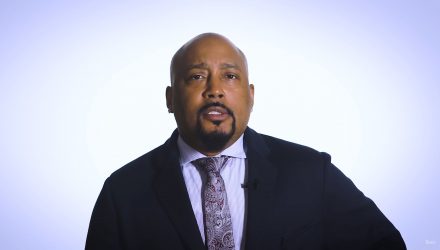 Daymond John on Learning to be a Leader

Asking any entrepreneur about a necessary trait in successfully running a business may produce the same answer: leadership. That answer is no different for Daymond John, founder of hip-hop apparel company FUBU and star on ABC’s Shark Tank. In an interview with Inc. Magazine, John shares his story on how he learned to be leader amidst having issues with his first employee.

“It’s a scary time when you hire a staff because the way you’re thinking is if I’m making one dollar, and I give somebody twenty cents of it, we could turn that dollar into a dollar fifty. Now if that person that you hire is not going to do the job, then your dollar becomes eighty cents… and you’re making less.”

Upon noticing that his first employee, an executive assistant, frequently came in to the office over an hour late, John took it personally. “I (looked) at that and (said) to myself, ‘She doesn’t care… she’s ruining my opportunity to grow… I wanted to fire her immediately.’”

But before making that decision, John took the advice of his fellow business partner to stop taking the tardiness personally, and instead sit down with the employee to ask her what was happening in her life. In doing so, John learned that his assistant was going through a “very, very challenging time,” and kept her as an employee after restructuring her work hours.