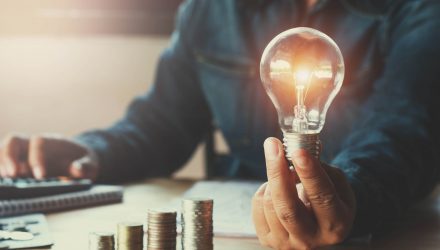 The strong dollar and increased volatility for some emerging markets currencies are among the factors plaguing bonds issued by developing economies. The iShares J.P. Morgan USD Emerging Markets Bond ETF (NASDAQ: EMB), the largest ETF in this category, is tumbling this year.

EMB is a dollar-denominated fund. Beyond the short-term volatility associated with the trade fears, many are wary of the diverging monetary policies between emerging central banks and the Federal Reserve, which is expected to hike interest rates two more times this year. While central banks in developing countries could also respond with their own rate hikes, the higher interest rates would stifle growth.

EMB tracks the J.P. Morgan EMBI Global Core Index, a market-cap-weighted index. Potential investors should note that since it is a cap-weighted index, countries with greater debt will have a larger position in the portfolio. The ETF has an effective duration of 7.20 years.

“This year may not yet be a full-fledged wipeout for emerging market currencies, but it’s getting close. The MSCI Emerging Markets Currency index, a basket of 26 EM currencies, was down 4.5 percent this year against the U.S. dollar through Oct. 24. That has contributed to double-digit losses in EM stocks and a 9.65 percent drop in EM local currency bonds,” according to CNBC.

With respect to value compared to price, many of these ETFs from abroad present a profitable opportunity that can be realized, especially if China and the U.S. eventually ameliorate their trade differences by year’s end. It presents an interesting opportunity for the investor who is seeking value in terms of locating discounted assets such as those in emerging markets debt in EMLC.