You are at:Home»Alternative ETFs»Crypto Graveyard is Growing for Alt Coins 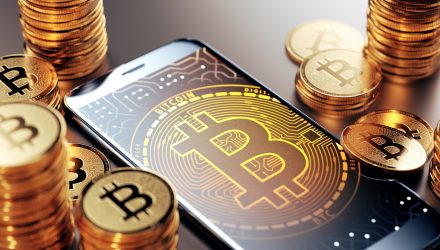 Bitcoin and, to a lesser extent, digital currencies such as ethereum, ripple and bitcoin cash command most of the attention in the cryptocurrency space, but there are over 1,500 alt-coins in this universe. How successful some of the less mainstream cryptos are remains questionable.

While many crypto market news reports have been focusing on the massive declines experienced by bitcoin this year, what has been receiving little fanfare is the massive amount of cryptocurrencies that are dying.

“As of last month, more than 1,000 cryptocurrencies have failed so far this year, while Bitcoin has fallen roughly 70 percent off its pinnacle from last year,” reports United Press International (UPI). “Data show that hundreds cryptocurrency projects ranging from abandonware to outright scams have failed in 2018 after emerging through a process called initial coin offering, or ICO.”

Currently, the combined market capitalization of the entire crypto space is $267.73 billion, but bitcoin alone represents over $112 billion of that total. Ethereum and ripple combine for $65.77 billion.

U.S. regulators have taken strong measures to warn investors about the potential dangers associated with ICOs.

ETF Trends recently reported that William Hinman, Head of the Division of Corporate Finance for the SEC, said in a speech at the Yahoo All Markets Summit: Crypto conference in San Francisco that bitcoin and ether are not securities.  However, he did establish that a majority of initial coin offerings (ICOs) are securities that should fall under the regulatory control of the SEC and its securities laws.