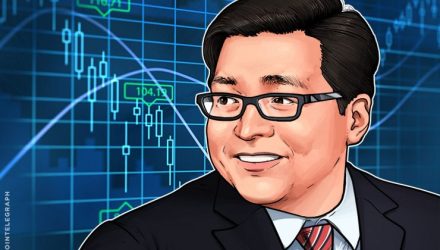 Confidence in Bitcoin by investors was mostly nil come May 22, 2018 at a price of $7,783.34, but Lee underscored that blockchain technology was the technological advancement that would drive future business. As such, its connection to cryptocurrencies would, in effect, help drive them up.

“The notion of blockchain as a way to solve trust in the digital world has gained a lot of traction especially at a consensus,” said Lee.

As the price of Bitcoin fell below $6,000, Lee would still not relent from his initial price targets even as investors and analysts scoffed at the notion.

Come July 17, 2018, it appeared bulls might be regaining control of the cryptocurrency as the price reached $7,405.09–a perfect opportunity for Lee to establish the premise that Bitcoin’s massive market correction was over.

“We’re nearing the end of a correction, but also if you look forward six months, you’re going to do pretty well owning Bitcoin,” Lee said.