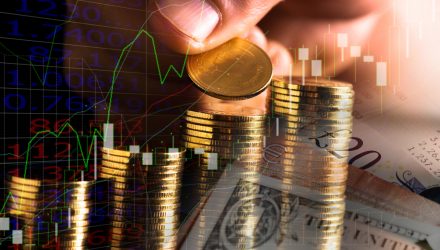 The U.S. central bank has concluded its two-day meeting on fiscal policy and announced that while interest rates are to remain at zero for now, it has signaled interest rate rises in the near future. Bitcoin traders were watching the announcement closely, as bitcoin often behaves like a stock and moves in tandem with Fed policy, reports CoinDesk.

Interest rates will remain between 0% and 0.25% for now, but the Fed said in a separate statement that it would be “significantly” reducing the size of its balance sheet, which has more than doubled over the course of the pandemic. The bond-buying stimulus that the central bank has been injecting into the economy has pushed the balance sheet to $8.9 trillion from $4.1 trillion at the beginning of 2020.

The removal of monetary accommodation typically impacts riskier investments the most as investors move out of their highest-risk assets. The correlation between bitcoin and traditional markets is still uncertain, as the popular cryptocurrency sometimes moves in tandem with markets and sometimes moves counter to it, but bitcoin almost always responds similarly to markets when the Fed makes announcements.

“Prior to the pandemic, bitcoin and other digital assets showed low correlations to traditional financial market variables — in effect, crypto behaved as an entirely different ecosystem,” said Zach Pandl, co-head of foreign exchange strategy at Goldman Sachs, reports Financial Times. “But over the last two years, as bitcoin has seen wider mainstream adoption, its correlation with macro assets has picked up.”

For investors who want access to the growing crypto space but are looking to diversify their exposure, the Amplify Transformational Data Sharing ETF (BLOK) can be a great solution.

BLOK currently has $917 million in AUM, is actively managed, and invests in companies directly involved in developing and using blockchain technology. BLOK was also the first blockchain ETF approved by the SEC and launched in 2018.

BLOK spreads its holdings across the size spectrum, investing in all market caps. As of the end of December, top allocations within the blockchain industry included transactional at 38.0%, crypto miners at 23.0%, and venture at 11%. BLOK invests across the blockchain landscape, in miners, exchanges, and developers.

BLOK has an expense ratio of 0.71% and currently has 45 holdings.