You are at:Home»Crypto Channel»Why the Lightning Network is a Bitcoin Game Changer 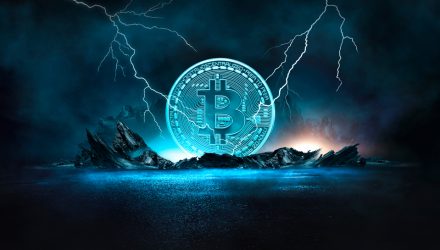 Why the Lightning Network is a Bitcoin Game Changer

The Bitcoin network, as enormously popular as it is, has long struggled with a scalability issue when it comes to payments. The Lightning Network, a “layer 2” protocol that is layered on top of an existing blockchain, such as bitcoin, in this case, allows for rapid, simultaneous payments and has been a boon since its addition to the Bitcoin network.

The use of the lightning network has come down since its highs in November but that peak is one that was driven by record cryptocurrency prices and saw a massive influx of traffic from trading, explained Arcane Research in a recent paper on the state of Lightning currently. 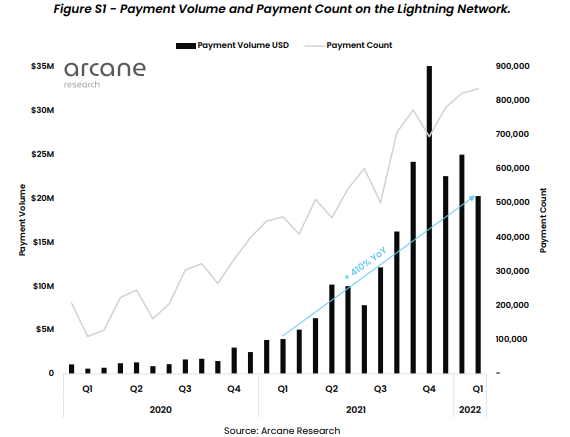 When analyzing payments on the Lightning network over the last several months but excluding deposits and withdrawals to trading services, the volume actually dipped in November before continuing on to fresh highs. In fact, the number of payments has doubled over the course of the last year, with the value of payments being made on the Lightning Network growing more than 400% in USD.

“Over the past year, Lightning reached a level of development, liquidity, and critical mass that pushed it over the line into being a truly usable network,” writes Lyn Alden, founder of Lyn Alden Investment Strategy and independent director for Swan Bitcoin, in the paper. “That’s not to say that there isn’t still plenty of work to be done, but from a macro perspective, what we are witnessing is a payment layer with a network effect built on top of a settlement layer with a network effect, and that’s a truly powerful combination.”

The user base for Lightning has grown exponentially as well. Increasingly more companies are offering payments via the network, and that has meant that a 100,000 user base in the summer of 2021 has grown to over 80 million people that have access to Lightning as of March 2022. 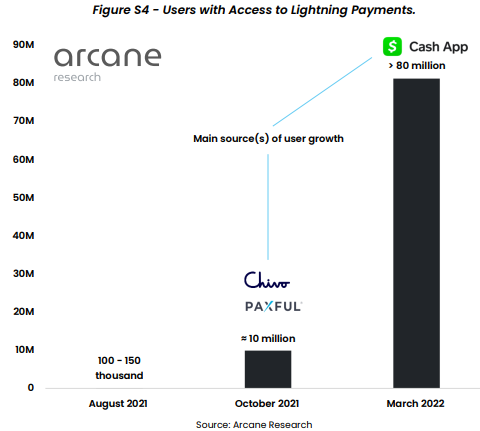 For investors who want access to the growing crypto space with diversified exposure, the Amplify Transformational Data Sharing ETF (BLOK) can be a great solution. BLOK invests in companies within crypto that continue to grow and capitalize on the potential of blockchain, or supply vital components for that growth, such as Intel and the bitcoin miners slated to use Intel’s chips.

The fund invests in companies such as Block, Paypal, and most recently Robinhood, who all transact on the Lightning network.

BLOK currently has $904 million in AUM, is actively managed, and invests in companies directly involved in developing and using blockchain technology. BLOK was also the first blockchain ETF approved by the SEC and launched in 2018.

BLOK spreads its holdings across the size spectrum, investing in all market caps. As of the end of March, top allocations within the blockchain industry included transactional at 34.74%, crypto miners at 22.05%, and venture at 11.56%. BLOK invests across the blockchain landscape, in miners, exchanges, and developers.

BLOK has an expense ratio of 0.71% and currently has 47 holdings.