You are at:Home»Crypto Channel»Why Investors Are Going to Love Ethereum 2.0 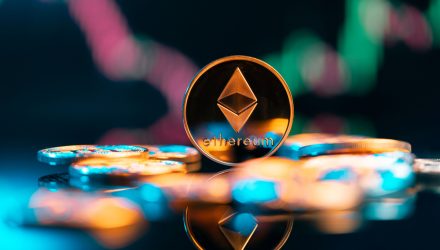 Why Investors Are Going to Love Ethereum 2.0

The transition for the Ethereum network to the upgraded Ethereum 2.0 has just passed one of its last hurdles as Ethereum developers successfully tested the merge from the proof-of-work model to a proof-of-stake model. The merge, set to go live in June, is major, and will bring several huge positives for investors, the network, and the industry. Matt Hougan, CIO of Bitwise, believes that this development is being largely overlooked.

So exactly what changes will the merge bring that are going to be such a big deal for crypto and for investors? Ethereum will undergo a triple halving event, making it a deflationary asset, it will offer staking rewards for investors that will potentially provide high yield, and the energy efficiency of the entire network is set to become astronomically better as it phases out mining.

Ethereum will transition from a proof-of-work model that relies on miners to a proof-of-stake model that relies on the long-term holders of ether to stake large amounts of ether to vote for the correct block validations at each creation. Those that vote on incorrect blocks will have their ether supply cut, thereby creating a robust and secure system.

When the network migrates over, it will cut rewards for new blocks drastically (by about 90%, IntotheBlocks estimates, as reported on CoinDesk), creating an ecosystem where more ethereum is burned in gas fees than is created daily. This shortening supply results in ether becoming a deflationary asset as opposed to an inflationary one, which it was previously.

“People got so excited about the bitcoin halving; the merge is like a halving and a half, or a halving squared. If the merge was just an ethereum halving, it’d be the biggest story in crypto, and everybody would be talking about the next major bull market,” explained Hougan.

The proof-of-stake model will reward ether stakers (long-term holders of ether who allow their tokens to be used for network operations) with freshly minted ether should their tokens be used by the network. While staking can be done actively, it is also possible to contribute tokens to a pool that is run by another individual and be able to passively earn ether.

While it’s unknown what the staking yield for ether will be, estimates range anywhere between 5%-15%, with an average consensus of yields that are greater than the current CPI of 7.9%. At a time when most other investments are offering up negative yields, investing in Ethereum could offer positive real yields.

“Through the merge with the proof-of-stake chain, fees previously earned by miners will pass on to being earned by those staking. This is expected to result in staking rewards between 7% and 12%,” IntoTheBlock wrote in a newsletter.

Cutting out miners and converting to a proof-of-stake model means that the Ethereum network is set to increase its energy efficiency by more than 99%. For investors and institutions that have long sat on the sideline because of the energy and emissions concerns around crypto, the world’s second-largest cryptocurrency is about to offer an environmentally friendly solution.

In addition to becoming more energy efficient, the network will become faster overall when it implements sharding, by which the entire Ethereum network is broken apart into pieces, called shards, to spread the load across more parts. It will increase transaction speeds as well as help to resolve congestion that the Ethereum network frequently experiences as the primary home of DeFi, NFTs, and more.

Bitwise offers the Bitwise Crypto Industry Innovators ETF (BITQ), the Bitwise 10 Crypto Index Fund (BITW), and a host of other crypto funds focusing on various aspects of the crypto economy, including several that invest in ether.