You are at:Home»Crypto Channel»Why Bitcoin Miners Will Benefit From Low Prices 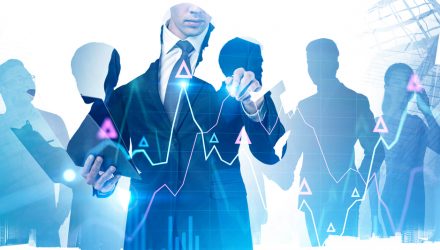 Why Bitcoin Miners Will Benefit From Low Prices

The current dip that bitcoin is experiencing could benefit the bitcoin mining segment of crypto long-term by helping to coalesce market share, writes CoinDesk.

The relationship between bitcoin miners and bitcoin itself is a complex one, as demonstrated by the recent downturn that bitcoin has taken while the hashrate (essentially the measure of the computational power on the network at any given time) has continued to grow. The network recently reached a new hashrate record on January 1 of 200 exahash per second.

While miners are still working at the same pace to create new bitcoin tokens, their stocks have declined alongside bitcoin’s downturn, with the stocks of some of the biggest miners being hit by more than 4% as of Monday, January 10. Lower bitcoin prices, while doing harm in the short term, could be a benefit to the larger crypto miners in the long term, believes Jonathan Peterson, managing director and analyst for Jefferies.

“A slower growth trajectory for BTC price should encourage fewer new entrants to the network than if BTC’s price were to rise rapidly (i.e. 3Q21), allowing existing mining operators to grow their market share more quickly as they deploy additional ASICs,” Peterson writes. ASICs are specialized computers or hardware that are used for high performance crypto mining.

The meteoric rise of bitcoin last year, culminating in an all-time high around $69,000 in November, saw the addition of lots of new, smaller bitcoin mining entrants. It’s these smaller miners that might not be able to weather the costs of bitcoin mining should the price continue to hover in the low $40,000s, as mining equates to high electricity costs.

This provides an opportunity for larger, more established operations to corner more market share and grow their mining operations as they lean into a larger reserve of capital in lean times.

It is unclear how long bitcoin will remain around current prices, or even if it will dip further and hit its death cross — what happens when the 50-day moving average dips below the 200-day moving average — which it is edging progressively closer to. Should the slump be prolonged, it could narrow the bitcoin mining playing field by quite a wide margin.

BLOK currently has $1.07 billion in AUM, is actively managed, and invests in companies directly involved in developing and using blockchain technology. BLOK was also the first blockchain ETF approved by the SEC and launched in 2018.

BLOK spreads its holdings across the size spectrum, investing in all market caps. As of the end of September, top allocations within the blockchain industry included transactional at 30.0%, crypto miners at 28.0%, and venture at 10%. BLOK invests across the blockchain landscape, in miners, exchanges, and developers.

BLOK has an expense ratio of 0.71% and currently has 47 holdings.