You are at:Home»Crypto Channel»White House Hopes to Regulate Stablecoin Issuers as Banks 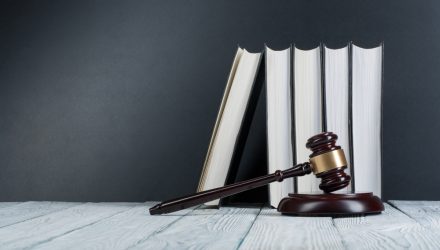 The Biden administration is considering regulating stablecoin issuers as banks, The Wall Street Journal reported on Friday. The administration will likely ask Congress to pass legislation which would create specialized bank charters for cryptocurrency issuers.

The Biden administration’s regulation recommendations will be included in a report from a group led by the Treasury Department that is expected to be published later this month.

The group behind the report includes Federal Reserve Chairman Jerome Powell, Treasury Secretary Janet Yellen, and SEC Chairman Gary Gensler, all of whom have been critical of stablecoins in the past.

The report will focus on the risks of stablecoins and how bank-like regulations could be implemented to help mitigate those risks.

Stablecoins are essentially cryptos pegged to actual currencies like the U.S. dollar. Regulating stablecoin issuers as banks could calm fears that the rise of stablecoins could result in financial panics if large numbers of stablecoin holders attempted to withdraw funds in U.S. dollars all at once.

It is important for stablecoins to maintain large cash reserves in order to justify their pegs to the dollar and prevent such panics. However, many stablecoin issuers have come under criticism in the past when it has been revealed that they have not had adequate — or even significant — cash reserves.

Some stablecoin issuers, like Circle Internet Finance Inc. which issues the second-biggest stablecoin in the world, USD Coin, are already looking to become banks and see incoming regulatory recommendations as a good sign.