You are at:Home»Crypto Channel»What Jack Dorsey Stepping Down Means for Crypto 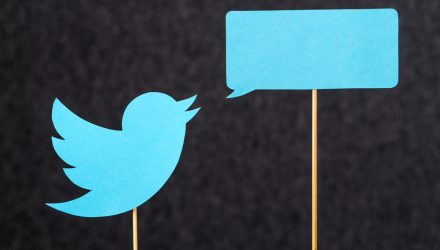 What Jack Dorsey Stepping Down Means for Crypto

The cryptocurrency space will get more brainpower from one of the brighter minds in big tech via Twitter founder Jack Dorsey, who stepped down as the company’s CEO on Monday.

Dorsey has been a staunch supporter of cryptocurrencies, particularly bitcoin, and it looks like he’ll have more free time to exert influence in a budding digital currency space. Dorsey is handing the CEO baton over to the company’s chief technology officer (CTO) Parag Agrawal.

“I’ve decided to leave Twitter because I believe the company is ready to move on from its founders. My trust in Parag as Twitter’s CEO is deep. His work over the past 10 years has been transformational. I’m deeply grateful for his skill, heart, and soul. It’s his time to lead,” said Dorsey via a press release.

“Parag understands Twitter and appreciates the Company’s unique potential,” said Bret Taylor, Twitter’s incoming independent board chair. “He has been instrumental in tackling our most important priorities, including accelerating our development velocity, and I know he’ll hit the ground running to strengthen execution and deliver results. The Board has the utmost confidence in Parag.”

What’s Next for Dorsey?

Dorsey also founded digital payments company Square, which is where he is expected to bring more added focus. His genuine interest in cryptocurrencies will likely mean more Square projects that focus on expanding the digital currency arena to more users.

“If I were not at Square or Twitter, I’d be working on bitcoin,” Dorsey said at a bitcoin conference in Miami this year. “If it needed more help than Square and Twitter, I would leave them for bitcoin. But I think both companies have a role to play.”

Square already has a number of crypto projects launched, including the ability to buy and sell cryptocurrencies via an app and a separate venture that focuses on open source work. Square also founded the Cryptocurrency Open Patent Alliance (COPA), which is a non-profit organization supporting crypto innovation.

Square may also jump into the crypto mining business, according to a CNBC report. All in all, the possibilities are seemingly endless, and Dorsey’s brainpower can help turn these ideas into reality.

“We believe that bitcoin has the potential to be a more ubiquitous currency in the future,” said Square’s chief financial officer, Amrita Ahuja, in a statement. “As it grows in adoption, we intend to learn and participate in a disciplined way. For a company that is building products based on a more inclusive future, this investment is a step on that journey.”