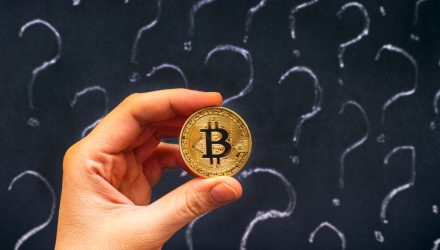 What Is the Newly Formed ‘Crypto Council for Innovation’?

Soon-to-be public crypto exchange operator Coinbase, fund giant Fidelity, and fintech stalwart Square are among the companies behind the new Crypto Council for Innovation – an organization aimed at giving companies with cryptocurrency exposure a say in how the asset class is regulated.

The Crypto Council for Innovation (CCI) was created by San Francisco-based investment firm Paradigm, which focuses on digital assets.

“This work will require sharing insights and analysis about crypto while correcting the misperceptions that inevitably accompany a transformative new technology,” Gus Coldebella, chief policy officer at Paradigm and one of the organizers of CCI, said in a statement. “We know that crypto holds immense promise for spurring economic growth and creating jobs, improving financial inclusion and access, and enhancing privacy and security – and that promise transcends borders.”

News of the CCI comes as more companies are pushing to introduce Bitcoin exchange traded funds – a group that includes Fidelity.

A New Look for the Crypto Industry, Regulation

Given Fidelity’s heft in the world of actively managed mutual funds and the increasingly prominent ETF space, some market observers see increasing credibility coming to the Bitcoin ETF debate in the United States.

Others are speculating that Fidelity wouldn’t be getting into the game unless there was certainty around a Bitcoin ETF coming to life.

“The council’s launch comes as prices of many digital assets have surged, drawing in new mainstream investors and the banks and brokers that serve them,” reports Justin Baer for the Wall Street Journal. “Earlier this year, the total market value of bitcoin, the most popular digital currency, touched $1 trillion for the first time.”

While the ETF market has been anxiously awaiting a Bitcoin ETF, the SEC has turned down all related proposals. Investors and the digital currency universe are hoping a change in leadership at the SEC could bolster Bitcoin ETFs’ chances of success.

See also: Fidelity Joins the Quest for a Bitcoin ETF

“Still, the market’s future remains far from settled,” adds the Journal. “Advocates have argued that cryptocurrencies and the blockchain technology that supports them have the potential to create jobs and extend financial services to consumers everywhere, at little or no cost. But policy makers and regulators around the world will play a critical role in shaping the path forward.”