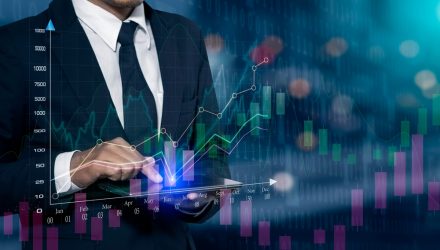 As cryptocurrencies start to rally again, Wells Fargo analysts are predicting that we’re still in the early stages of the digital assets revolution and hyper-adoption could be on the horizon.

A lot of cryptocurrency pundits generally compare the nascent crypto market to the internet. Very few knew in the late ’90s and early 2000s just how transformative the world wide web would become.

2021 was a telltale sign of just how big the crypto market could become, with assets growing from just under $1 trillion to around $3 trillion. That type of 3x growth could be even bigger given the latest growth of digital asset trends like non-fungible tokens (NFTs) and the metaverse.

Wells Fargo strategists also use the parallel with the early stages of the internet when discussing the cryptocurrency market in a special report. The crypto market could still be in its early stages before a phase of hyper-adoption occurs.

“We see cryptocurrencies in the early, but not too early’ investment stage, which is why we have emphasized investor education,” the report says. “The thrust of our view comes from global cryptocurrency adoption rates, which have quickly accelerated from a low base. Cryptocurrencies have been following an adoption pattern similar to other new advanced technologies, such as the internet. For the remainder of this piece, we will discuss how advanced technologies have typically been adopted, and why we believe that cryptocurrencies may be near an adoption inflection point, similar to the internet in the mid-to-late 1990s.”

Comparing Crypto to Other Technological Advances

The report also examins crypto with respect to other technological advances over the years. Cryptocurrencies are exhibiting signs of exponential growth given the “S-curve.”

“While the technology behind cryptocurrencies is complex, and use cases can be hard to visualize for those new to the space, data shows that the world is beginning to embrace the technology — and quickly,” the report says. “According to Crypto.com, the number of global cryptocurrency users reached 221 million in June 2021, or just under 3% of the world’s population. Most impressively, it took only four months to double the global cryptocurrency population from 100 million to 200 million.”

“Cryptocurrency adoption rates look to be following the path of other earlier advanced technologies, particularly the internet,” the report adds. “If this trend continues, cryptocurrencies could soon exit the early adoption phase and enter an inflection point of hyper-adoption, similar to other technologies seen in Chart 3.” 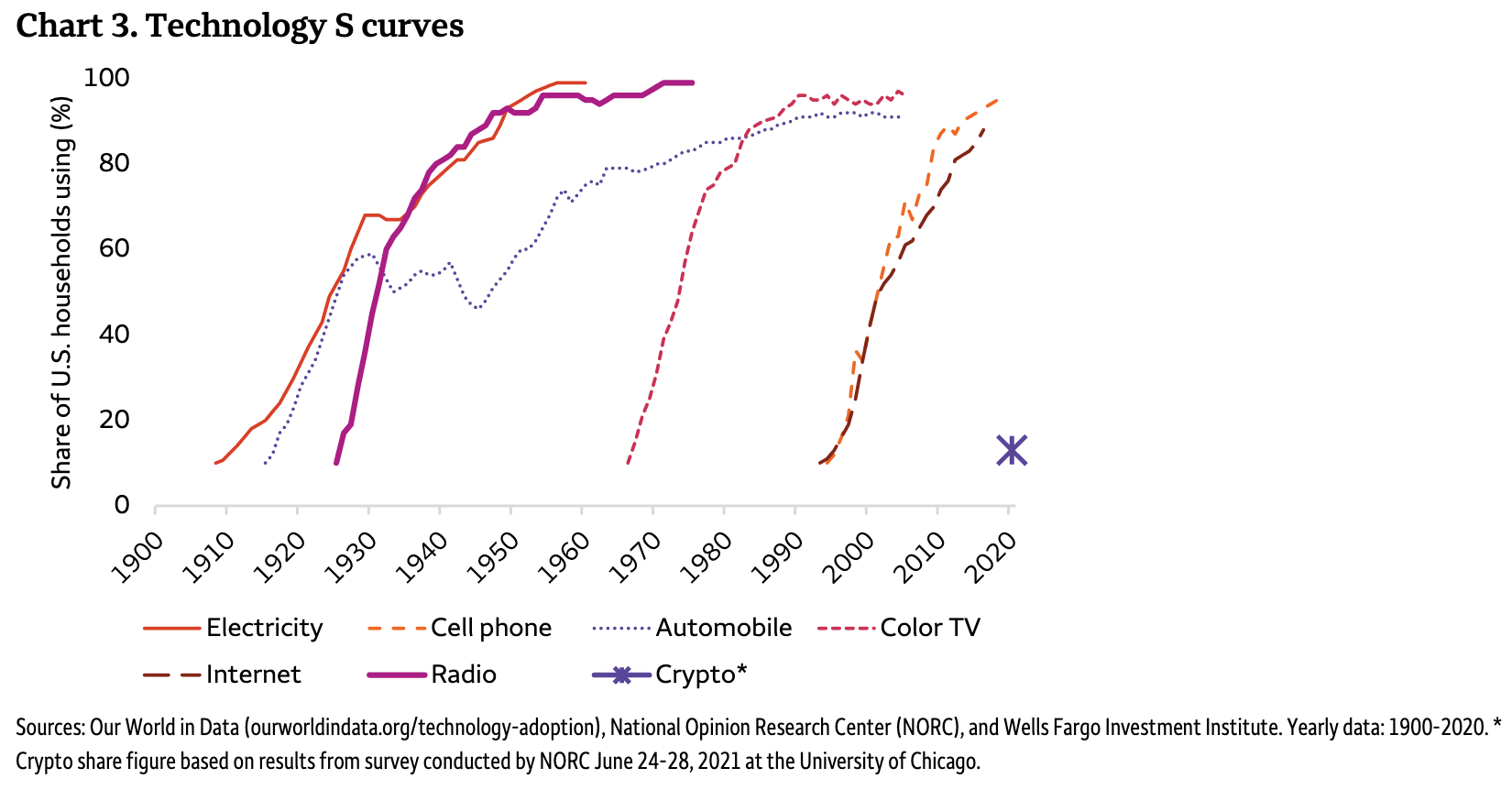