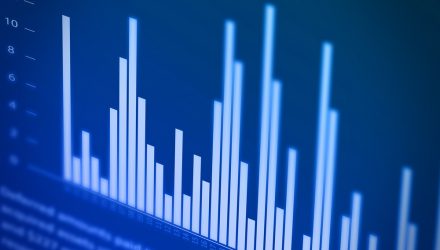 Digital asset investment manager Valkyrie Funds LLC has applied to launch an ETF with exposure to bitcoin mining firms. According to a filing with the SEC, the Valkyrie Bitcoin Miners ETF, a series of Valkyrie ETF Trust II, intends to list and trade on the Nasdaq Stock Market.

The actively managed fund would invest at least 80% of its net assets in companies that derive at least half of their revenue or profits from bitcoin mining operations or from providing hardware and software connected to bitcoin mining. Valkyrie would invest up to 20% of the fund’s net assets in companies holding “a significant portion of their net assets” in bitcoin, the filing says. The fund will not, however, invest in bitcoin directly, or indirectly through derivatives or investments in funds or trusts that hold bitcoin.

Valkyrie will serve as the fund’s investment advisor, with Vident Investment Advisory LLC as its sub-advisor. The fund has an expense ratio of 0.75%.

This would be Valkyrie’s third crypto-focused ETF. In December, the issuer launched the Valkyrie Balance Sheet Opportunities ETF (VBB), an actively managed fund focused on equities that invest in bitcoin, including companies like MicroStrategy, Square, Tesla, and others. In November, it launched the Valkyrie Bitcoin Strategy ETF (BTF), a bitcoin futures fund.

A recent survey from the Financial Planning Association shows that more than 80% of financial advisors are being asked about cryptocurrencies. However, many struggle to effectively allocate clients to this asset class. With more than a dozen publicly traded companies in the U.S. already holding bitcoin, according to data from BuyBitcoinWorldwide, and more corporations, countries, and other entities entering the space with each passing day, investing in these companies provides the kind of indirect exposure that many individuals are seeking.

“Bitcoin and digital assets are seeing increasing interest from all corners of the globe,” said Valkyrie CEO Leah Wald in a news release announcing the launch of VBB. “The companies with exposure to bitcoin read the tea leaves and have decided to take action in an attempt to preserve their value, but also as another means to potentially generate more returns for shareholders in the decades to come.”