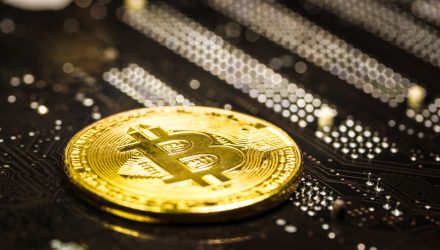 JPMorgan and U.S. Bank are both looking to dip their toes into the crypto water, launching services that deal with Bitcoin. JPMorgan will purportedly be offering an actively managed bitcoin fund, while U.S. Bank is launching its own cryptocurrency custody offering, per reporting from CoinDesk.

JPMorgan’s Bitcoin fund, which would be offered only to the firm’s private wealth clients, could be coming as early as this summer, with New York Digital Investments Group (NYDIG) serving as custodian for the fund.

JPMorgan’s interest in the Bitcoin space comes as a great surprise, given that CEO Jamie Dimon has shown a well-documented public disdain for cryptocurrencies on many occasions, calling Bitcoin a “fraud” as well as “not my cup of tea.” The bank’s newfound interest in Bitcoin products arguably shows just how mainstream crypto investing has become.

Meanwhile, U.S. Bank, which is part of U.S. Bancorp, the fifth largest bank in the United States, announced on Tuesday that it would offer a cryptocurrency custody product in partnership with a still-unnamed sub-custodian. U.S. Bank also announced that it would be the administrator for the NYDIG Bitcoin ETF, should the proposal be approved by the SEC.

NYDIG’s application is one of eight currently before the SEC for evaluation.

U.S. Bank has quietly provided major backing to cryptocurrency infrastructure firm Securrency, leading the firm’s chief strategy officer Patrick Campos to say the following about U.S. Bank in an interview with CoinDesk: “They are massive yet don’t make a lot of noise in this (cryptocurrency) space. But they’ve got a very clever team and they’re very serious. I think they are the proverbial ‘one to watch.’”