You are at:Home»Crypto Channel»Twitter Co-Founder Says Bitcoin Will Supplant Dollar 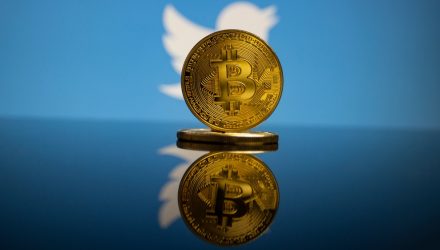 Former CEO and co-founder of Twitter, Jack Dorsey, has been a strong proponent of bitcoin, expressing belief that one day the leading cryptocurrency will supplant the dollar.

Dorsey’s comment didn’t come at a cryptocurrency symposium or in response to a financial journalist’s question. Rather, it came via Twitter in a response to rapper Cardi B.

Bitcoin has long been touted as a replacement for gold, getting dubbed “digital gold” by its supporters in the crypto markets. The leading cryptocurrency reached an all-time high in October before recently falling back down to earth.

Bitcoin fell below $50,000, but has been steadily rising again. Dorsey, who stepped down as CEO of Twitter, is expected to focus more heavily on cryptocurrencies in his latest endeavors.

Dorsey also co-founded digital payments company Square, where he may build out the company further to accommodate more cryptocurrency projects.

Earlier this month, Square’s name was changed to Block — possibly in reference to the blockchain ecosystem, which is the underlying technology for cryptocurrencies. In a press release, the company said that the change referred to “building blocks, neighborhood blocks and their local businesses, communities coming together at block parties full of music, a blockchain, a section of code, and obstacles to overcome.”

“We built the Square brand for our Seller business, which is where it belongs,” said Dorsey. “Block is a new name, but our purpose of economic empowerment remains the same. No matter how we grow or change, we will continue to build tools to help increase access to the economy.”

While bitcoin has fallen the past month from its October all-time high, it’s starting to tick higher again in what could be a year-end rally. One way to capture the potential upside is via exchange traded funds (ETFs) that invest in bitcoin futures.

One of those funds is the ProShares Bitcoin ETF (BITO). Investors who can’t stomach the volatility that’s hit bitcoin as of late but still want alternative asset exposure to the leading cryptocurrency will want to give the fund a closer look.

The fund has helped spawn more interest in cryptocurrencies in 2021. Despite bitcoin’s recent drop, it’s been a bullish year for the crypto space overall.

“Even beyond the launch of the first U.S. Bitcoin futures ETF, cryptocurrency funds notched some notable global milestones in 2021,” a Bloomberg article notes. “The number of crypto-tracking investment vehicles worldwide more than doubled to 80 from just 35 at the end of 2020, according to Bloomberg Intelligence data. Assets soared to $63 billion, compared to $24 billion at the start of the year.”