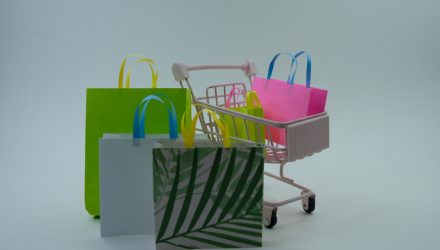 Green energy spending by individual consumers is undoubtedly an important part of the equation, but companies and governments have the deep pockets necessary to show widespread commitment to renewable energy.

The Goldman Sachs Future Planet Equity ETF (GSFP) is among the exchange traded funds levered to that theme. At a time when more companies, including plenty that are well known to everyday investors, are boosting renewable energy expenditures, GSFP’s focus on companies behind carbon reduction services and technologies is all the more meaningful.

Bolstering the GSFP thesis is that many of the big-name corporate spenders on renewable energy are overtly committed to the endeavor and have the financial capabilities to support those efforts.

“Amazon is the largest corporate consumer of renewable electricity with about 1.5 GW of new contracts recorded during second quarter of 2022. In May 2022, Amazon Web Services (AWS) signed two PPAs for its California operations in the United States to procure 300 MW solar PV and 150 MW hybrid with storage capacity from AES Corporation. As of 2021, Amazon has achieved 85% share of its procurement through renewables and is on its way to achieve 100% renewable procurement target globally by 2025,” according to IHS Markit.

Count Facebook parent Meta Platforms (NASDAQ:META) among the other mega-cap growth companies in the U.S. that are prioritizing green energy concepts in significant fashion.

“The third largest clean energy offtaker in Q2 2022 is services company Meta. In April 2022, Meta and TransAlta signed a long term PPA for 100% of the onshore wind capacity from its pipeline project Horizon Hill expected to come online in 2023. Meta reportedly meets 100% of its global electricity demand from renewable sources since 2020,” added HIS Markit.

Advantages of GSFP include its status as an actively managed fund and the point that it’s not solely focused on domestic stocks. The latter point is relevant because companies the world over, in both developed and emerging economies, are allocating more capital to renewable energy. At the regional level, Asia-Pacific is a prime example of that theme.

“More and more companies are announcing 100% renewable procurement targets with two-thirds of targets announced in 2022 are from companies headquartered in Asia Pacific with about half of them in manufacturing sector,” concluded Markit. “Regulatory reforms in Asia Pacific markets leading the way for enabling corporate PPAs. Mainland China, Japan, South Korea, and India are introducing market reforms to increase market participation by corporate consumers as part of their energy transition strategies.”