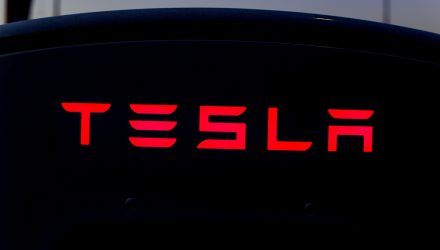 While Q1 revenue was up 74% over the same time period last year, according to the Wall Street Journal, investors seemed a little less certain as they began digging into the numbers. Production goals fell short of Wall Street expectations, according to analysts surveyed by WSJ, while profits were boosted by regulatory credit sales and, surprisingly, Bitcoin.

In a filing with the SEC in February, Tesla made public its purchase of $1.5 billion worth of Bitcoin, while a subsequent selling off of 10% of that position in Q1 led to a $101 million addition to the company’s bottom line profits, according to Tesla’s chief financial officer Zach Kirkhorn.

The sale contributed significantly to pushing profits from the first quarter from the red into the black.

Tesla has bought all in to cryptocurrency’s viability, despite its infamous volatility. In a series of posts on Twitter, founder and CEO Elon Musk announced that at the end of March, Tesla would be accepting Bitcoin as payments and “Bitcoin paid to Tesla will be retained as Bitcoin, not converted to fiat currency.”

Kirkhorn expanded further on Musk’s statement in a call to investors: “It is our intent to hold what we have long-term and continue to accumulate bitcoin from transactions from our customers as they purchase vehicles.”

In cryptocurrency terms, Tesla is looking to HODL any Bitcoin earned from sales, banking on the continuing growth of Bitcoin worth.

Musk expounded on Twitter; “Tesla sold 10% of its holdings essentially to prove liquidity of Bitcoin as an alternative to holding cash on balance sheet.”

Duncan MacInnes, a fund manager at Ruffer, a UK investment group, in an interview to Financial Times argued that “Bitcoin is emerging from the shadows, being co-opted by establishment institutions and becoming a legitimate alternative asset for investment portfolios.”