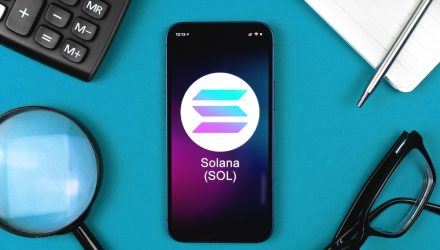 The crypto market bull run in 2021 saw a number of developers flock to cryptocurrency ecosystems, with platforms like Terra and Solana leading the way.

This data was compiled by venture firm Electric Capital that focuses on crypto-related projects. While Bitcoin and Ethereum still dominate when it comes to attracting developers, it’s also forcing innovation with new ecosystems constantly in development.

“Ethereum and Bitcoin continue to add developers growing by 42% and 9%, respectively over 2021. Ethereum retains 30% of full-time developers who joined after 2017,” the report says. “Ethereum continues to have the largest ecosystem of tools, apps, and protocols, and is 2.8x larger than the second largest ecosystem. One out of every five new developers coming into Web3 works on Ethereum.”

As mentioned, in terms of cryptocurrency ecosystems, Ethereum still remains at the top of the list when it comes to size. However, when looking specifically at the fastest-growing systems, it’s important to look at where the developers are flocking — in the case of Electric Capital’s data, it’s Terra, followed by Solana.

“Developers tend to be pretty rational. If there’s something they can play with that has real utility, developers have this ability to go find that thing,” said Avichal Garg, a managing partner at crypto-focused venture firm Electric Capital.

In terms of market capitalization, Solana ranks fifth while Terra is 10th, according to the numbers presented on CoinMarketCap.

After reaching an all-time high back in November, bitcoin stumbled towards the end of 2021 and into the first week of the new year. Electric Capital’s data shows that historically, this shouldn’t affect the number of developers entering or exiting the crypto ecosystems.

The growth of cryptocurrencies pushed broad exposure to decentralized finance, or DeFi for short. That was also reflected in the number of developers working on a DeFi-focused project per month.

“DeFi has grown +76%, in line with overall Web3 growth,” the report adds further. “Over 500 new developers committed code to a DeFi project every month in 2021 except for January. At the same time, DeFi full-time monthly active contributors grew by 64%. 1,000 developers steward smart contracts with over $100 billion in assets.”