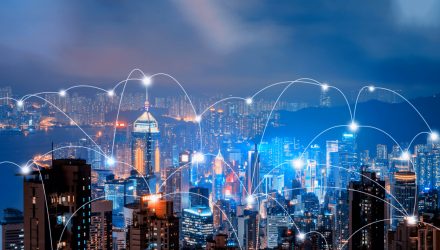 Blockchain technology is imprinting itself on a global scale with the Asia-Pacific region seeing usage in disruptive technology with respect to real estate applications, according to a new study.

The study was headed by big-four accounting firm KPMG and British multinational bank HSBC. One of the drivers for the growth in crypto-related businesses is the region’s growing Gen Z and middle class consumers.

“Under the fintech sector, the study ‘Emerging Giants In Asia Pacific’ found 1780, or roughly a quarter, of companies that are either non-fungible token (NFT) or decentralized finance institutions. Decentralized Autonomous Organizations, of which 139 are in the region, and Blockchain Real Estate applications were other dominant sub-sectors in the top 20, as the Asia Pacific region asserts its presence in the Web 3 space,” a Be[in]Crypto article noted.

While the Amplify Transformational Data Sharing ETF (BLOK) has the majority of its holdings (75%) in North America, the fund also provides Asia-Pacific exposure in companies involved in blockchain technology. As of June 30, the allocation into Asia-Pacific is 21%, giving investors that element of exposure to the region for added diversification.

The fund also allocates to a variety of market caps, mitigating concentration risk. Also as of June 30, 37% of the fund is towards large-cap, 24% to mid-cap, and 38% to small-cap.