You are at:Home»Crypto Channel»Sen Warren Asks Yellen For Cryptocurrency Framework 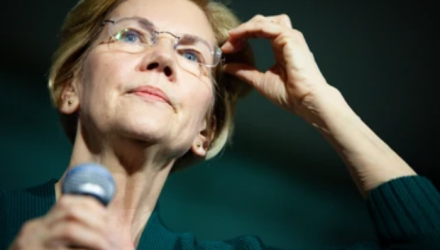 Monday saw fresh pressure regarding crypto regulation, as Senator Elizabeth Warren (D-MA) pushed federal agencies to find a way to build a framework around cryptocurrencies that would make it safer for existing financial systems.

In a letter from Senator Elizabeth Warren to Treasury Secretary Janet Yellen published Monday, Warren requested that the Financial Stability Oversight Council (FSOC) address the growing dangers that cryptocurrencies have. Yellen is currently Chair of the FSOC.

“I have become increasingly concerned about the dangers cryptocurrencies pose to investors, consumers, and the environment in the absence of sufficient regulation in the United States,” Warren wrote.  “However, as the demand for cryptocurrencies continues to grow and these assets become more embedded in our financial system, the Council must determine whether these trends raise concerns beyond investor and consumer protection and extend to broader systemic vulnerabilities that could threaten financial stability.”

Senator Warren views the FSOC as responsible for setting the precedents, as their job is to identify and address growing risks to financial stability. Her largest concern was that should cryptocurrency markets fail, it could create a domino effect throughout other markets.

She also pointed to hedge funds that are increasingly investing in cryptocurrency and blockchain technology, as the lack of standardized trade reporting, which creates a lack of transparency for regulators and the banks that broker the funds.

Of note, Senator Warren focused on the threat of stablecoins, a topic that the SEC is actively discussing in recent weeks. Stablecoins are digital currencies that have their value tied to another asset. If there were to be a run on unregulated stablecoins, the argument is that it could have the potential to destabilize other markets domestically and internationally.

Her other concerns included the use of cryptocurrencies in cyberattacks. Senator Warren cited the FBI’s report that between 2019 and 2020 there was a 200% increase in the cost of ransomware attacks. This is attributed largely to the increasing popularity of unregulated cryptocurrencies, which are harder to trace.

She also expressed worry over decentralized finance (DeFi), an area of the crypto world that has grown exponentially recently. DeFi apps allow users to do a vast number of financial activities without an intermediary, like a bank, including lending, borrowing and trading. The anonymity poses stability risks, Warren argued, as it could potentially create different concentration risks and liabilities.

“It is essential that the policy response to the risks posed by these assets is coordinated and holistic, rather than fragmented amongst individual financial agencies. As the body responsible for coordinating amongst U.S. financial regulators, FSOC should take a leading role in developing a comprehensive regulatory regime for cryptocurrencies,” Warren argued.

She explained that no single regulator’s individual jurisdiction could cover and address the complexity of cryptocurrency markets and assets.

“The longer that the United States waits to adapt the proper regulatory regime for these assets, the more likely they will become so intertwined in our financial system that there could be potentially serious consequences if this market comes under stress,” said Warren.