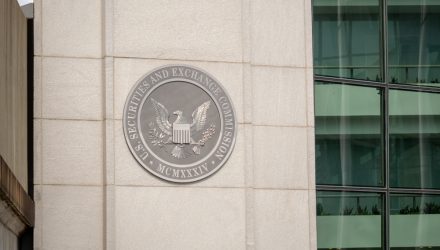 The SEC announced this year’s regulatory agenda, and while it includes plans to investigate cybersecurity and regulate short sales, there was no mention of Bitcoin or cryptocurrencies generally speaking.

Commissioner Gensler and the Crypto Markets

Recent comments from SEC Commissioner Gensler and CFTC Commissioner Berkovitz shed some light on why the regulatory agency plans to steer clear of regulating the cryptocurrency space this year.

In a May interview with CNBC, Gensler indicated that although he believed that greater protections were needed for investors in the crypto space, that there was a “gap in our system right now” that needed to be addressed by some sort of “federal regime.”

But Gensler also indicated that crypto regulation is something that needs to be taken up by Congress, according to remarks made in an address to the House Committee of Appropriations. Gensler discussed the need for the SEC to collaborate with Congress on better understanding crypto exchanges, “where these sometimes-commodities, sometimes-securities are trading on the platform.”

Gensler also remarked that the SEC needed to remain “technology neutral” in regards to market innovations.

CFTC Commissioner Berkovitz also recently remarked on the dangers of the DeFi space, and went so far as to question its very legality.

DeFi is a catch-all term for a wide range of cryptoasset- or blockchain-based financial applications that do not rely on traditional intermediaries like exchanges, brokerage platforms, or banks.

This lack of intermediaries creates exponential risk for investors. Berkovitz said in his recent comments: “There is no intermediary to monitor markets for fraud and manipulation, prevent money laundering, safeguard deposited funds, ensure counterparty performance, or make customers whole when processes fail.”

Furthermore, Berkovitz explained that futures contracts must be “traded on a designated contract market (DCM) licensed and regulated by the CFTC,” reiterating that it is unlawful for anyone to enter into any swaps that aren’t subject to the rules of DCMs.

DeFi markets and platforms are currently not registered as a DCM or a swap execution facility (SEF).

Commissioner Peirce and the SEC’s Responsibility

At the end of May, SEC Commissioner Hester Peirce, speaking independently to Coindesk, indicated that crypto might be forcing the SEC to move faster at modernizing its custody rules, something that in her opinion needed to be done across the board.

Peirce made sure to clarify that while the language that comes out of the SEC often appears to be cautionary, ultimately the agency isn’t looking to make any judgment calls.

Crypto assets are classified as commodities currently, which means that they fall outside of the jurisdiction of the SEC, and for now, will likely remain unregulated by the Commission.