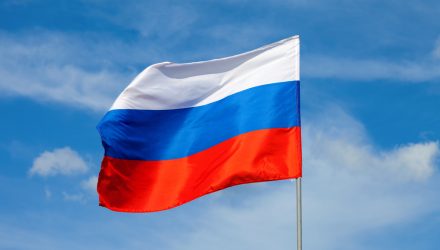 Cryptocurrency holders in Russia have about $214 billion worth of digital currencies on hand, which shows that the country isn’t diametrically opposed to them.

This figure comes as a number of countries are implementing regulations to keep cryptocurrencies in check. China, for example, banned cryptocurrency mining activity to try and curb illegal practices, while the United States Federal Reserve is looking closer at the industry.

“Russians own more than 16.5 trillion rubles ($214 billion) worth of cryptocurrencies, according to an estimate the Kremlin and government officials are using to craft a plan to regulate the industry,” a Bloomberg report says.

“That figure — equivalent to about 12% of the total value of global holdings, or a third of the market capitalization of Russia’s benchmark stock index — helps explain why the government sees more value in regulating the sector than imposing an outright ban,” the article says further. “The estimate was calculated last month by analyzing the IP addresses of the biggest crypto-exchange users as well as other information, according to two people working on the proposals with the government and the Kremlin who asked not to be identified because they aren’t finalized.”

Of course, the numbers come into question, as it’s difficult to ascertain their accuracy. Some market experts, however, feel that $214 billion is not too far-fetched from reality.

“Russians really do have a lot of money in cryptocurrency, but it’s hard to value the true amount,” said Alexander Filatov, co-founder and chief executive officer at blockchain developer TON Labs. “Many people are using cash, derivative instruments, or have two passports and can open a crypto wallet in someone else’s name.”

The Demographics Broken Down

It may come as no surprise that the cryptocurrency holders are generally in the younger population. It will be interesting to see if Russia goes the China route and creates a digital version of their local currency, the ruble.

“More than 17 million Russians, or about 12% of the total population, are cryptocurrency owners, according to data from the Singapore-based tripleA payment gateway,” the article says further. “Sixty percent of local crypto investors are aged between 25 and 44, while more than 500,000 local computer programmers work in the industry, according to the people involved in the discussions.”