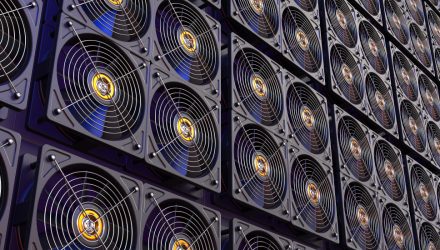 Riot Blockchain, one of the largest Bitcoin mining companies in the U.S., recorded $31 million in revenue in Q2, an increase of 1,540% since last year’s second quarter, according to a statement from earlier this week.

According to Riot CEO Jason Les, the improved results are “a direct result of Riot’s absolute focus on Bitcoin mining and growing its mining operations.”

Riot’s operation saw massive expansion in Q2, including the acquisition of Whinstone US, the owner and operator of the largest Bitcoin mining and hosting facility in North America.

After the acquisition, Riot began a 400 megawatt expansion at Whinstone, with approximately 240,000 square feet under construction at the site.

“With the successful acquisition of Whinstone US (“Whinstone”), the Company’s growth prospects have been significantly de-risked, and future financial opportunities are very exciting,” said Jason Les, according to the statement.

Riot has continued expanding its mining power under a purchase contract for Pro Antminers with Bitmain from December 2020. At the end of Q2, Riot had 16,146 miners installed and 7,500 in the process of being deployed. By early September, Riot expects to have 25,946 miners in operation.

Getting Exposure to Riot Through DAPP

Currently, 45 ETFs have exposure to Riot, with 4 holding the stock in their top 15 holdings.

The VanEck Vectors Digital Transformation ETF (DAPP) notably holds Riot in its top five, investing 5.77% of its total assets in the company at time of writing.

DAPP has seen a 13 week return of 13.97% since its inception at the beginning of April this year and has an expense ratio of 0.50%.