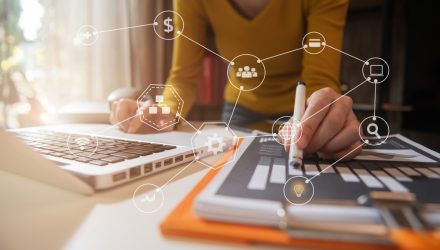 As of late March 30, bitcoin prices were higher by 10% over the prior week, prompting some crypto market observers to call for more upside.

That could have benefits for futures-based exchange traded funds, including the Valkyrie Bitcoin Strategy ETF (BTF). Adding some intrigue to the near-term bitcoin story is the type of investor who could play a pivotal role in pushing prices higher.

Some experts believe it will be smaller, non-professional investors that help foster the next leg up for the world’s largest cryptocurrency by market capitalization.

“Crypto investors have geared-up their bullish bets,” Marco Iachini, senior vice president of research at Vanda, said in a note to investors on Wednesday. “Activity in crypto derivatives markets has picked up in recent weeks. Open interest has now climbed for three consecutive weeks to levels last seen during the November ’21 peak; with the majority of new speculative positions opened being ‘new longs’ around the US$45,000 level.”

Elevated open interest in crypto derivatives could be a positive sign for BTF. The Valkyrie ETF holds CME-traded bitcoin futures.

BTF’s structure is also important given bitcoin’s recently tight correlations to risk assets such as stocks. Said another way, owing to the time sensitivity of futures contracts, the more near-term risk appetite increases, the more potential BTF has to generate upside for investors.

“Bitcoin prices have moved in tandem with traditional risk assets for several months. However, there have been several positive catalysts in March that go beyond closely watched movements in Ukraine and at the Federal Reserve,” reports Tanya Macheel for CNBC.

Adding to the allure of bitcoin and BTF are data suggesting that more investors are warming to the idea of adding bitcoin to their portfolios.

“Beyond that, Vanda highlighted a Goldman Sachs study showing 60% of surveyed clients expect to increase their crypto holdings in the next year or two. It also noted that Treasury Secretary Janet Yellen’s stance on crypto appears to be coming around,” according to CNBC.