You are at:Home»Crypto Channel»Chiefs TE Sean Culkin Opts for a Bitcoin-Based Salary 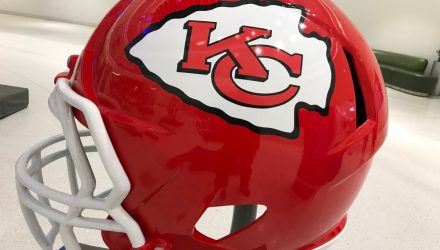 In another positive sign for Bitcoin adoption, Kansas City Chiefs tight end Sean Culkin will become the first player in the league to convert his entire yearly salary to the largest cryptocurrency.

Clearly, Culkin is bullish on Bitcoin.

“Considering my career — particularly its physical demands, and brevity – it makes the most logical sense to be paid in sound money that I believe protects its purchasing power over time,” Culkin said in a statement. “From a macro standpoint, I believe we are in the beginning stage of Bitcoin’s shift away from being extremely speculative, to a legitimate asset class viewed as a store of value.”

“Strike by Zap, an application that enables users to make bitcoin payments using a bank account or debit card,” will provide conversion services for Culkin’s salary, according to The Block.

While Culkin is the first NFL player to take all of his salary in Bitcoin, he’s not the first to traverse this road. Carolina Panthers offensive lineman Russell Okung takes half his paycheck in Bitcoin, and started doing so last season.

For his part, Culkin hopes he inspires other athletes to hop aboard the Bitcoin bus.

“So many people now realize the high value of scarcity — which can be seen in Gen Z and Millennial groups’ growing interest in cryptocurrencies,” he added. “This isn’t just a domestic play — it’s global, and I hope to encourage and inspire other athletes around the world to consider that.”