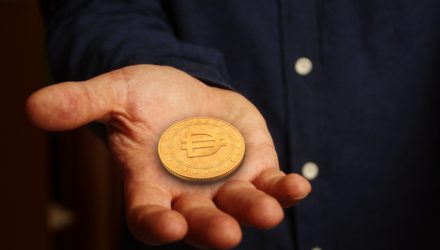 One of the primary sources of allure for many investors when it comes to cryptocurrency is that the asset class is decentralized, meaning unlike the dollar or yen, an asset like Bitcoin isn’t backed by a central bank.

In recent years, stablecoins, a newer, less volatile version of digital coins, emerged, providing investors with a cryptocurrency backed by an underlying asset. Some stablecoins are backed by other cryptos, while others are supported by other assets. Yet there are individual examples of the asset class not always functioning as promised, indicating more oversight could be a positive.

He noted that with stablecoins becoming an increasingly prominent part of the payments universe, there’s “clear need for a strong regulatory framework and said that the Federal Reserve plans to publish a white paper on digital currency in early September that will address digital assets broadly, including stablecoins, central bank digital currencies and other payment initiatives,” according to Moody’s Investors Service.

While financial institutions frequently don’t favor increased regulation, stablecoins are one area where banks and fintech providers may actually be in favor of added oversight. In fact, there could be tangible benefits to more stablecoin regulation for banks.

“This oversight also could bring stability to, and acceptance of, digital currency payments systems, thereby encouraging technology advancements that would be credit positive for financial technology firms (fintechs) and regulated stablecoins,” says Moody’s. “Additionally, greater oversight would reduce systemic risk given that banks currently working with stablecoins carry systemic risk since most of fintechs issuing stablecoins may not have a robust disaster recovery process in place.”

The U.S. Office of the Comptroller of the Currency (OCC) provides something of a framework for how financial institutions can handle stablecoins, including holdings of those assets and elevated transaction volume. However, OCC doesn’t govern stablecoin issuance and its regulations are more templates than hard-and-fast law. With usage increasing, banks and fintech providers may favor the arrival of stablecoin regulation sooner rather than later.

“The use of stablecoins is increasing, boosted by the potential benefits associated with the privacy, efficiency, speed and interoperability of digital assets,” concludes Moody’s. “However, the volume is currently small at around $100 billion outstanding globally.”